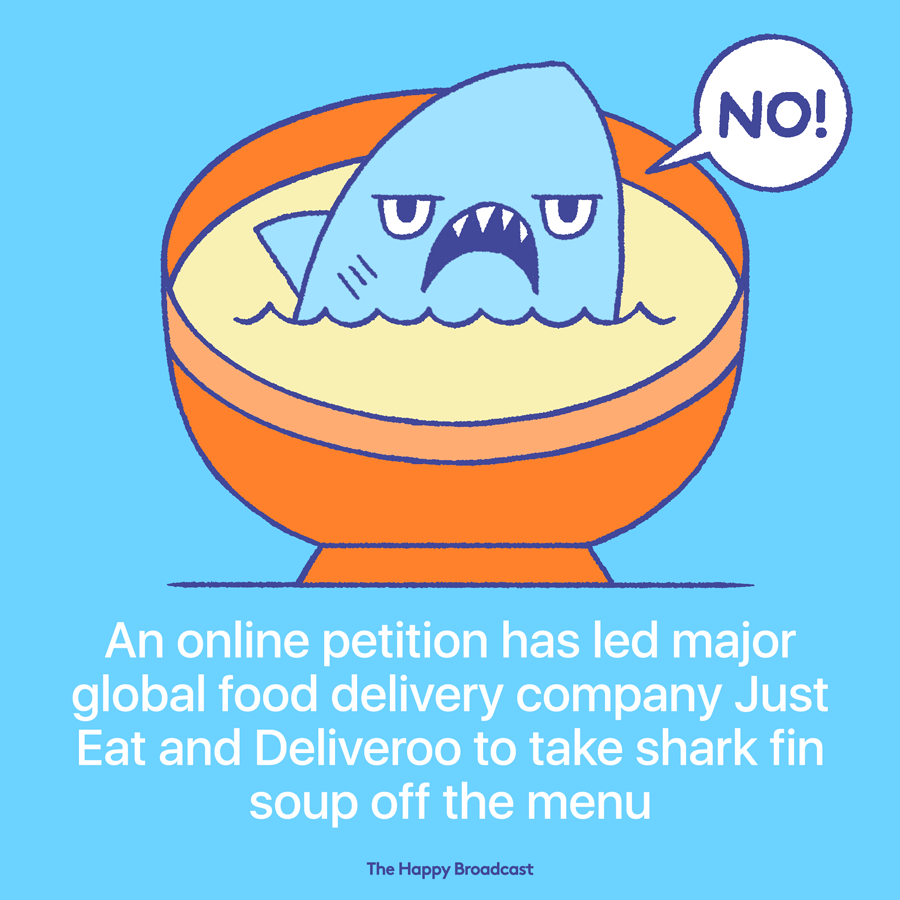 Shark finning is banned in EU countries, the US and several other nations.It causes tens of millions of sharks to end up in the fin trade, with more than 70% of the 14 most common shark species considered to be at high or very high risk of extinction.

Friend of the Sea announces victory as its online petition campaign, signed by over 3.000, has led the major global food delivery company Just Eat to take shark fin soup off their menu.

A few days after Just Eat engaged to remove shark fin soup, Deliveroo has also taken action and removed 600 shark fin dishes from its platform globally, from 180 different restaurants, and committed to having no such dishes on the platform in future.