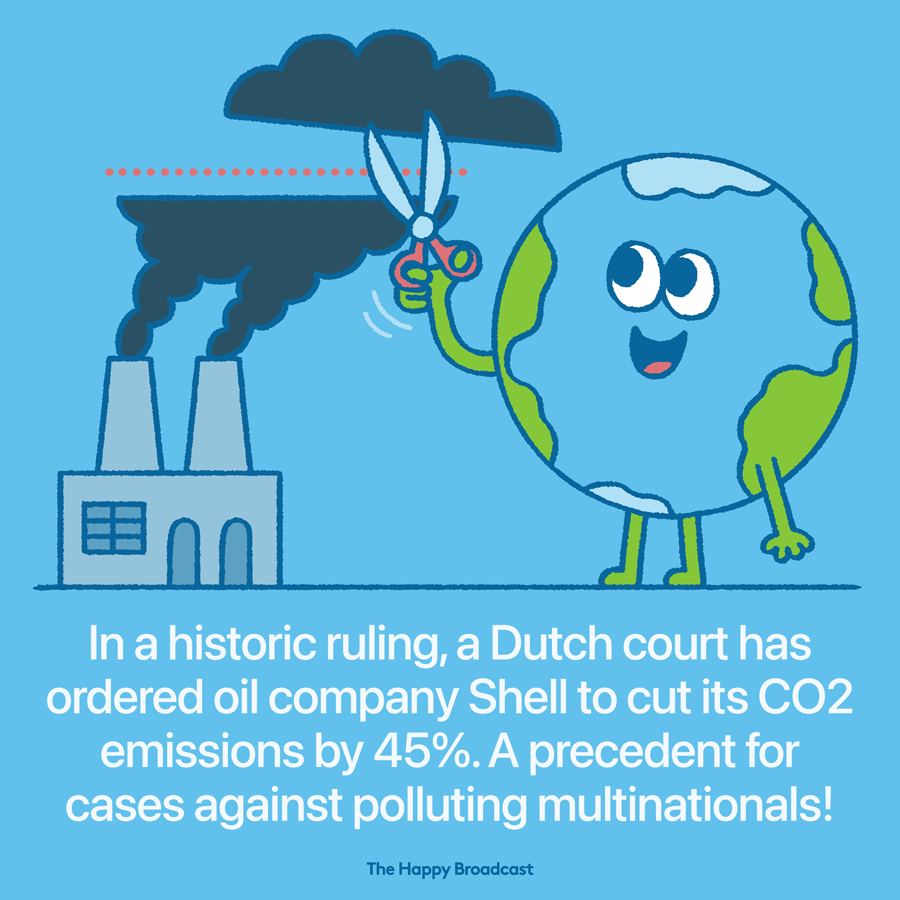 This is a turning point in history. This case is unique because it is the 1st time a judge has ordered a large polluting corporation to comply with the Paris climate agreement. This ruling may also have major consequences for other big polluters.

Shell Oil is one of the companies most responsible for the world’s carbon emissions, according to data released by the US-based Climate Accountability Institute, because of how it has flooded global markets with fossil fuels that warm the atmosphere when burned for energy.

A Dutch court ordered Shell to cut CO2 emissions by 45% by 2030 and meet Paris climate goals — the first time a court has ordered a major energy firm to do so.

The case was filed by climate advocacy group Friends of the Earth Netherlands and 17,000 people who say Shell's continued investment in fossil fuels threatens human rights.

A major reason activists are hailing the Dutch court ruling against Shell is that it will affect the oil giant’s scope 3 emissions. That means Shell must factor in all the cars, trucks and planes that burn its fuels when it slashes its carbon emissions.

The oil industry was also found to have misled and confused the public for decades about the science of climate change and lobbied lawmakers to spike climate legislation. This will have far reaching consequences for other big polluters.