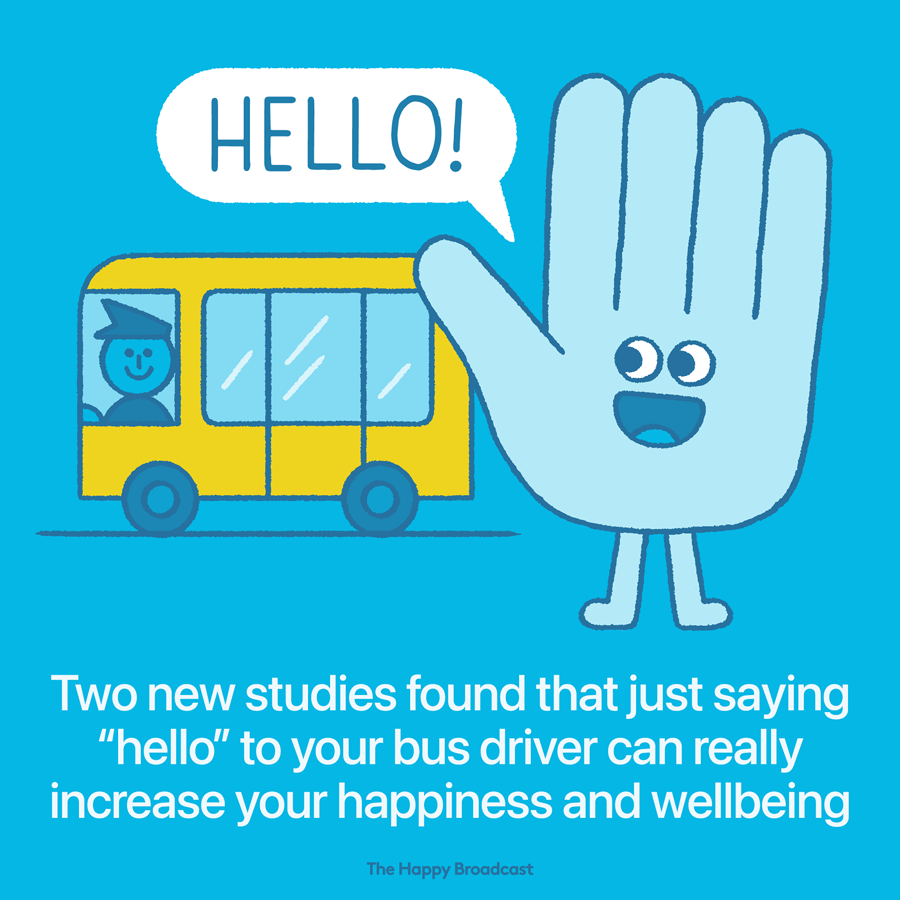 Simply taking a moment to greet, express good wishes, or say thank you to strangers is linked with greater happiness in everyday life and now there’s a study to prove it!

The paper, ‘Minimal Social Interactions with Strangers Predict Greater Subjective Well-Being’, published in the Journal of Happiness Studies, looked at two studies around our daily social interactions and the flow-on effect on our own happiness.

In the first study, scientists looked at how often commuters would greet or say “thank you” to their bus drivers and asked participants to report on their overall life satisfaction. The researchers found that an increase in “positive social interactions” with drivers was linked with higher reports of better life satisfaction and wellbeing.

The second study analysed the commuters’ sense of wellbeing straight after interacting with drivers. Approaching potential participants as they waited for the bus, the researchers invited them to take part in the study. Similar to the first study, the results showed that people with a positive interaction with the driver reported a greater sense of wellbeing after their commute.

The act of expressing gratitude can “remind” us how strangers improve our lives and thus, “binds” us to new people and increases our sense of belonging, therefore boosting happiness. So, next time you hop off the bus or encounter a stranger, why not say a little “hello” or “thank you”?