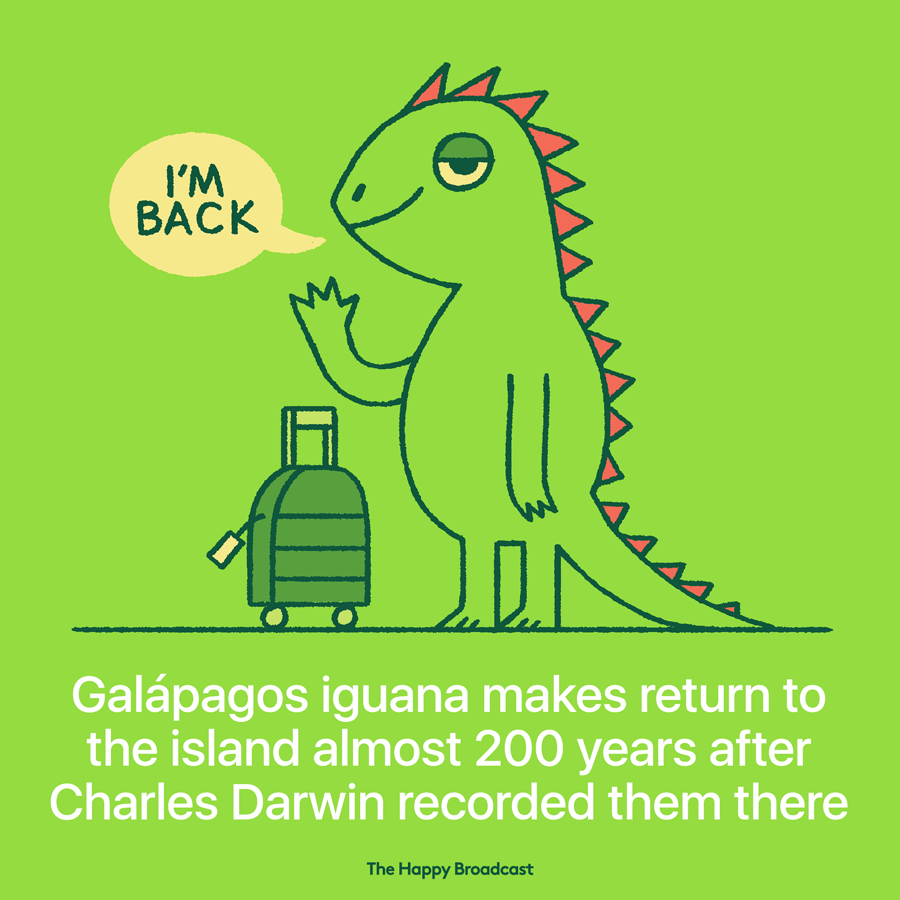 Since the time when Darwin log a sighting of the reptiles on Santiago Island, the island’s iguana population has been completely eradicated by invasive predators like feral pigs. Introduced to the island by mariners and settlers in the 1800s, the predatory pigs feasted on young iguanas and eggs and – along with some help from cats, rats and dogs – were able to wipe out the entire population.

But now, thanks to a reintroduction initiative launched by the Galápagos National Park authority, the reptiles are making a comeback.

Officials from the Galápagos National Park announced that over 1,400 land iguanas had been released on Santiago island in the Galápagos Islands, , where a suitable ecosystem and abundance of food will hopefully make them feel right at home.