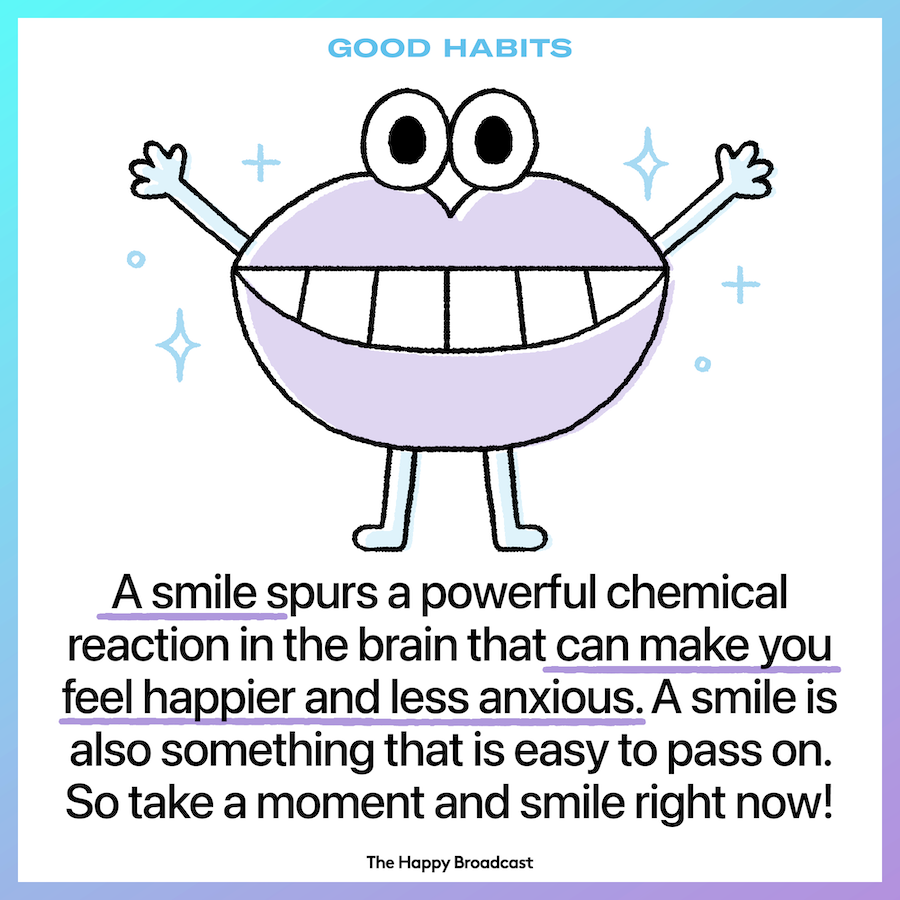 Ever had someone tell you to cheer up and smile? It’s probably not the most welcomed advice, especially when you’re feeling sick, tired or just plain down in the dumps.

But there’s actually good reason to turn that frown upside down, corny as it sounds. Science has shown that the mere act of smiling can lift your mood, lower stress, boost your immune system and possibly even prolong your life.

A smile spurs a chemical reaction in the brain, releasing certain hormones including dopamine and serotonin. Dopamine increases our feelings of happiness. Serotonin release is associated with reduced stress.

Low levels of dopamine and serotonin also associated with depression.

In other words, smiling can trick your brain into believing you’re happy which can then spur actual feelings of happiness.

Also, when someone smiles at you, you feel the good vibes from them, which makes you want.