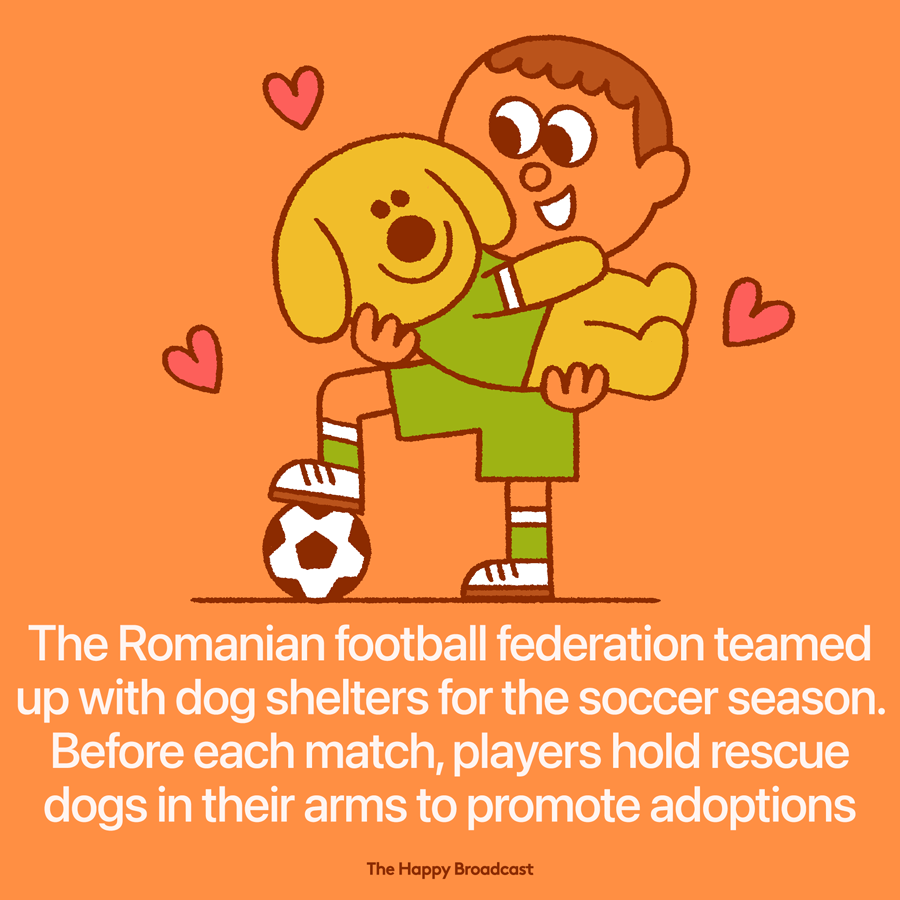 One of the best ideas ever. And also the very first Happy Broadcast from Romania!

Soccer players in Romania in the Professional Football League (Liga Profesionistă de Fotbal) are joining with the “Fill the gap in your life” campaign by partnering with local shelters, encouraging adoptions before every game by holding dogs up before the start of matches.

"Throughout the year, football players from the Romanian Football Federation will take puppies from a municipal kennel to raise awareness for adoption before each match," said non-profit Save the Dogs and Other Animals, which has operated in Romania since 2002. "The agreement, signed between Ilfov County and the National Football Federation fits into a broader project aimed at promoting adoptions from kennels, still too few."

Players will now walk onto the pitch with the rescue dogs who will have their name tags on a handkerchief and their leash. This is done so that if any viewer would like to adopt them, they could do so without any problems according to their identification.

The federation has decided that this is a long term project and every match in the League 1 will have this ceremony ahead of their match.