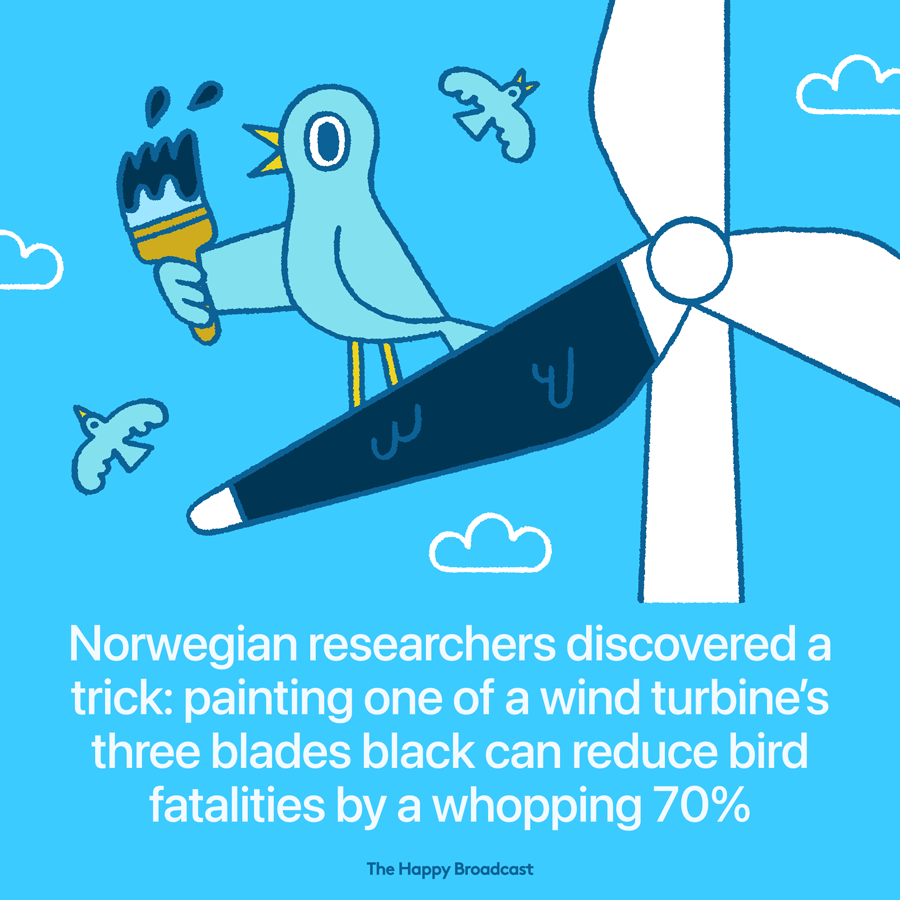 Something as simple as black paint could be the key to reducing the number of birds that are killed each year by wind turbines. According to a study conducted at a wind farm on the Norwegian archipelago of Smøla, changing the color of a single blade on a turbine from white to black resulted in a 70-percent drop in the number of bird deaths.

Previous laboratory studies have suggested that birds may not be very good at seeing obstructions while they’re flying, and adding visual cues like different colored fan blades can increase birds’ chances of spotting a rapidly rotating fan.

The researchers began this experiment in 2006, and monitored the turbines and gathered data until 2016. Those 10 years of data were then analyzed extensively before being published this summer.

In their experiments, the annual fatality rate for turbines with one painted blade was 70 percent lower than the fatality rate at the unpainted turbines, which represented the control group. As the two groups of wind turbines had no other significant differences, the researchers attributed this massive decline in death rate to the contrast painting.