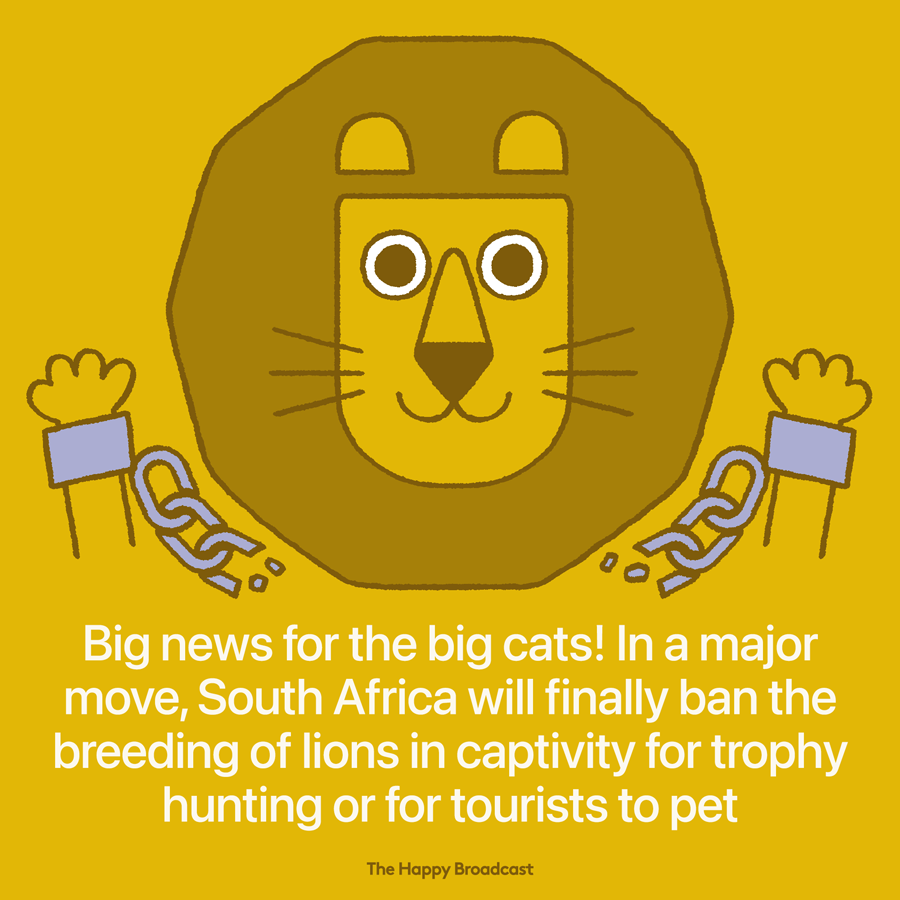 South Africa will end its captive lion industry in a major move for conservation that would outlaw the heavily criticized “canned hunting” of the big cats and sale of their bones, as well as popular tourist experiences like petting cubs.

South Africa counts between 8 000 and 12 000 lions at some 350 farms, by contrast around 3 500 lions live in the wild in the country, according to the South African-based Endangered Wildlife Trust.

South Africa’s announcement was praised by wildlife groups that want to see the iconic species left to live in the wild or in recognized conservation parks. They say the captive lion business in South Africa has been marked by disregard for the animals’ welfare in favor of profit.

Lions are kept in unhealthy and unethical conditions, conservationists say, and bred to ultimately be killed and their parts sold for trophies or for use in traditional medicines in Asia.

South Africa had made “a courageous decision” to end it, said Dr. Neil D’Cruze, the head of wildlife research at World Animal Protection. “This is no longer viewing the animals as commodities and how you can profit from them.”