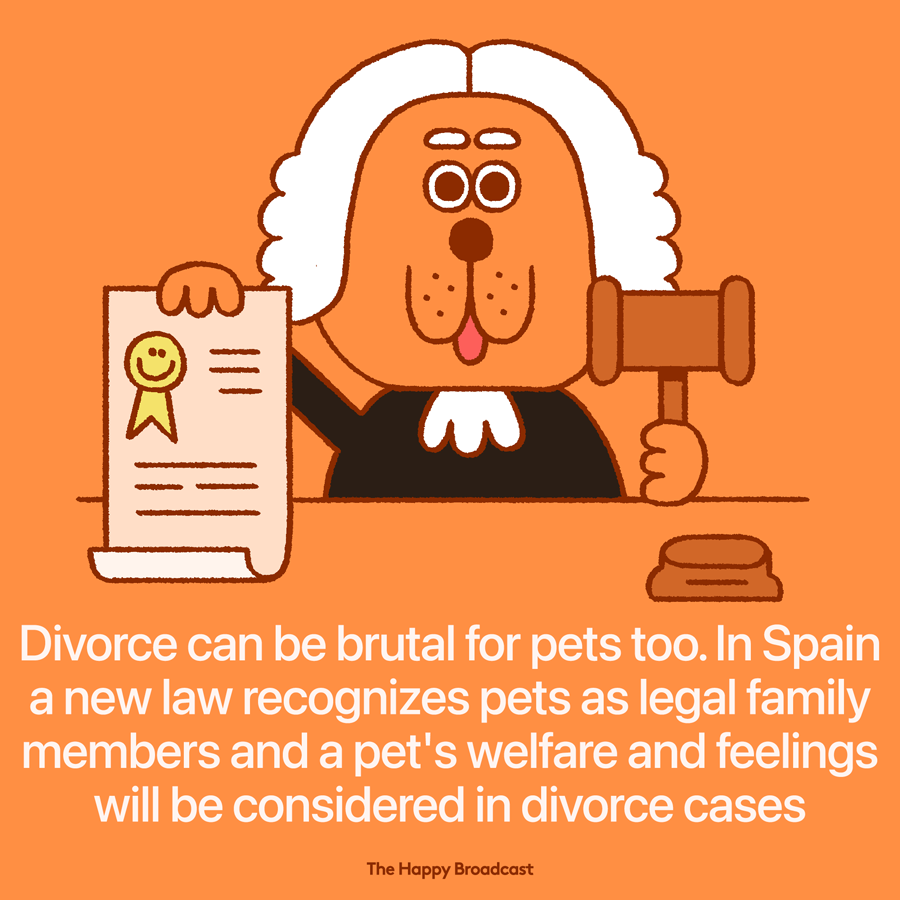 Spain will consider a pet's welfare when couples divorce or break-up in a legal shift that strengthens the case for couples obtaining shared custody of their animals.

The decision follows similar moves in France and Portugal and obliges judges to consider pets as sentient beings rather than objects owned by one or the other partner, a trend that was already underway before the law was passed.

Previously, a lawyer seeking joint custody of a pet had to prove both members of a couple owned the animal as an object, giving whoever had registered the pet an advantage.

Now a judge has to determine where the animal will fare better and that determination is based on the animal's wellbeing. A partner that can demonstrate financial solvency or who has been granted custody of their children has a better chance of securing custody of any pets too, as there is a special affective link between children and animals.

This will help in the reduction of animals being abandoned or badly treated.