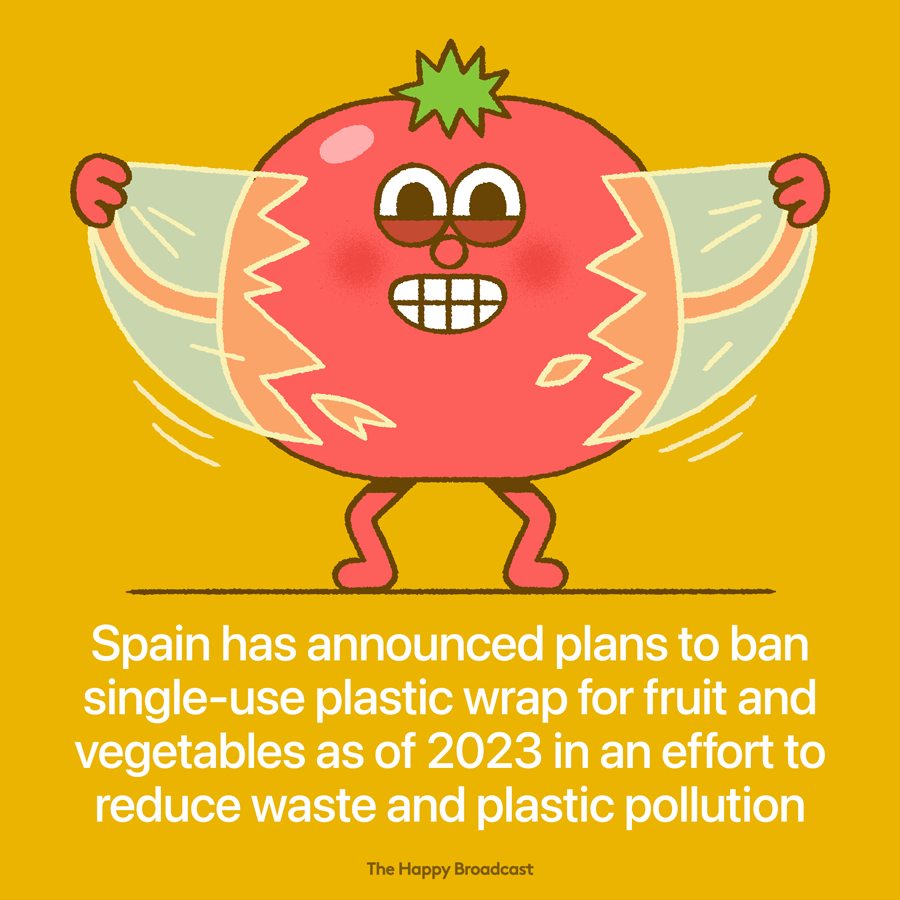 In the battle against plastic pollution, Spain has zeroed in on a new target, the plastic used to wrap fruits and vegetables in the supermarket.

Plastic-wrapped products will be banned in Spain beginning 2023, according to a decree being drafted by the Ministry for Ecological Transition.

Plastic packaging in Spain alone generates 1.6 million tonnes of plastic waste every year, with less than half of it being recycled.

Spain’s new decree is in line with recommendations made by a paper published in the Marine Pollution Bulletin, which found microplastic contamination along the entire Spanish coast. The paper outlined steps that international and local governments, businesses and individuals could take to reduce waste.

Plastic waste used to wrap fruits and vegetables has been opposed by environmental groups both in Spain and abroad. Spain’s move, in particular, follows that of the French legislation, which will go into effect beginning January 2022.

Additionally, the draft decree is also considering measures that will help discourage the use of plastic water bottles by encouraging the installation of public drinking fountains and the promotion of other alternatives. It may also begin reducing the number of plastic cups being passed out at public events beginning in 2023. Overall, it is set to reduce the number of plastic bottles by 50 percent by 2030 and ensuring that 100 percent of packaging becomes recyclable.