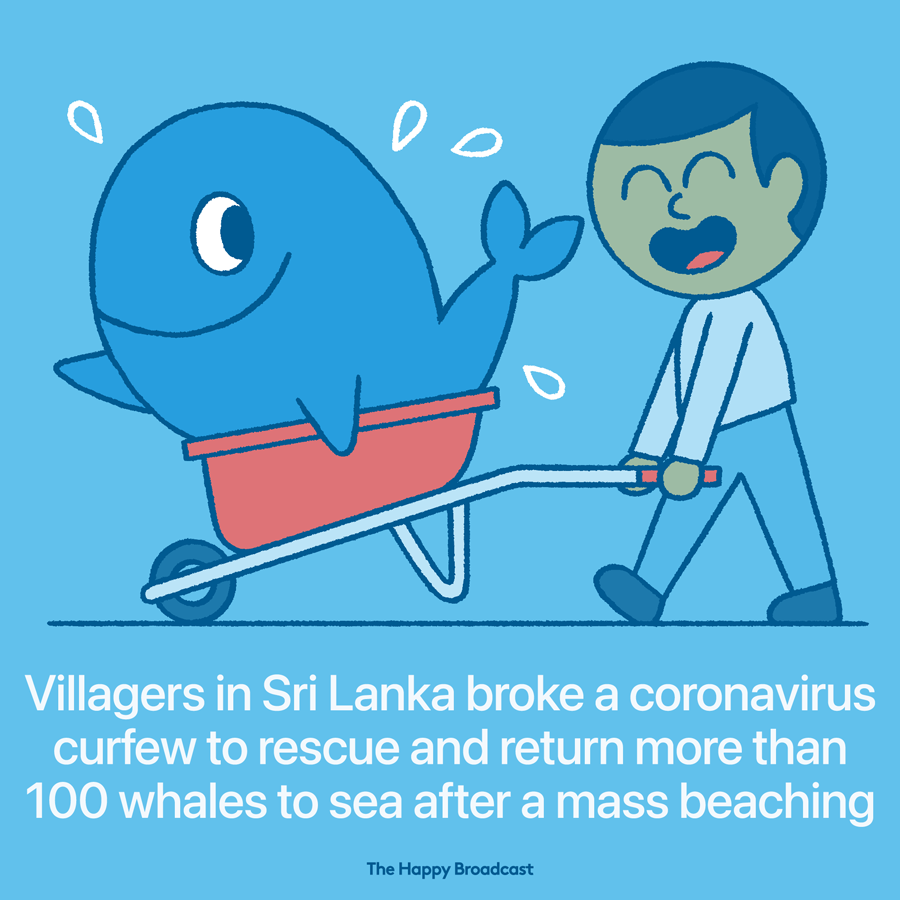 Sri Lanka’s navy said that more than 100 whales had been rescued after becoming stranded on a beach on the island’s southwest coast.

Villagers defied a novel coronavirus curfew to help rescue the small whales on Monday, wading into the breaking surf to push them back into the sea at Panadura, south of the capital, Colombo. “We pushed back all of them last night, about 100 to 120 whales,” navy spokesman Captain Indika de Silva told Reuters.

“The people around here got together and saved most of them,” marine biologist Dr Asha De Vos told news agency AFP. “But some of the whales were very tired fighting to stay afloat the whole night and didn’t have enough strength to go to deep sea. That is why a few died.”

Whale beachings are not uncommon. Scientists say the reason is often unknown but they have a range of theories, including whales following fish to shore and becoming disorientated.