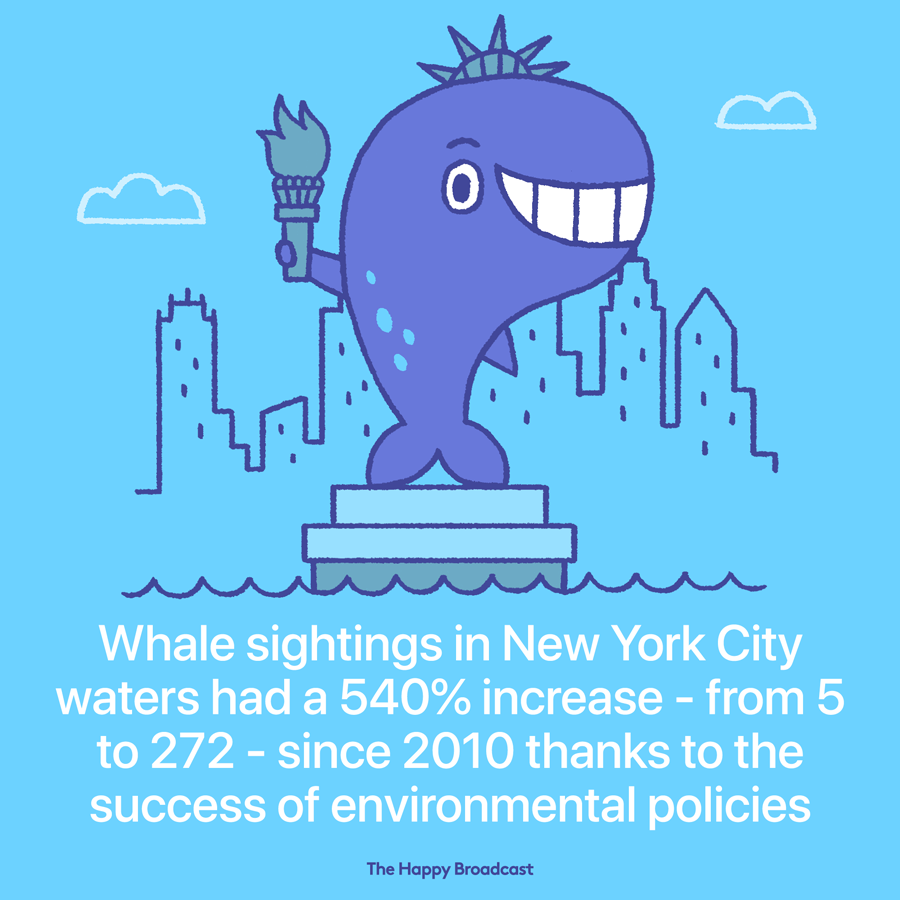 Staggering numbers of whales are being sighted off New York City shores as vastly cleaner waters have caused a 540% increase in the numbers of the massive mammals in just eight years.

The rise is monumental and points to the success of environmental policies such as the Clean Water Act, the Endangered Species Act and the Marine Mammal Protection Act, Gotham Whale’s founder said.