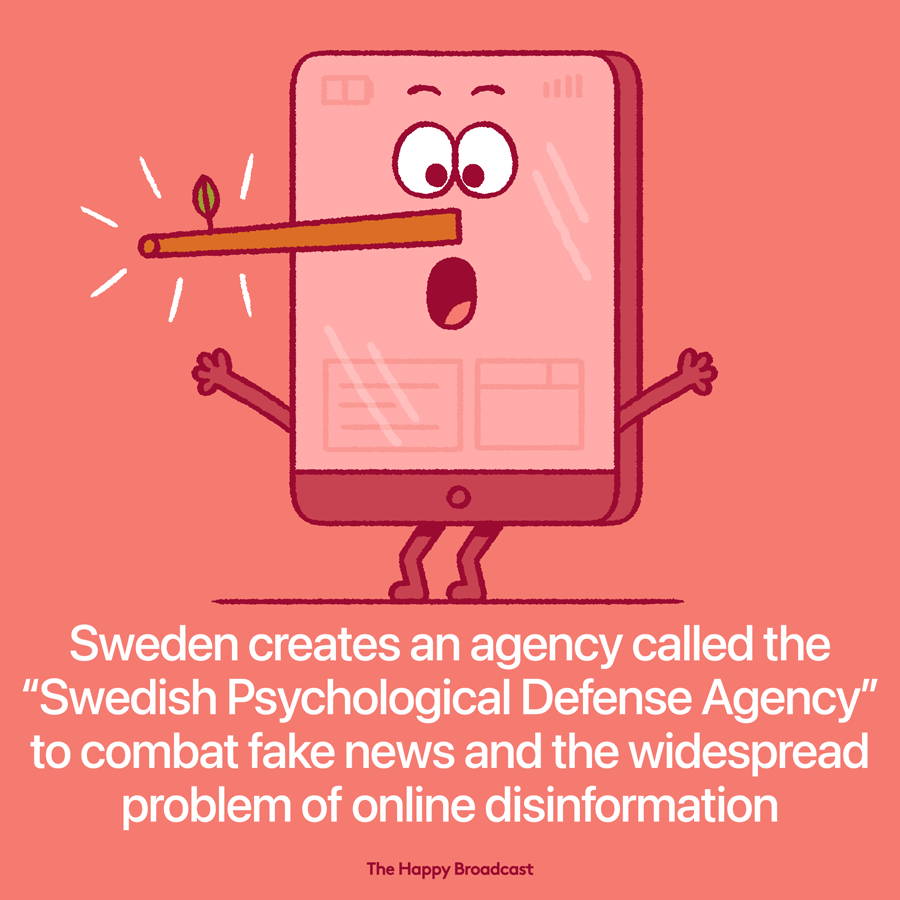 Disinformation is one of the great threats of our time. The government in Stockholm is pioneering a response.

Sweden created the Swedish Psychological Defense Agency to fight the spread of fake news and disinformation campaigns.  The agency, which is based in Karlstad, explained that misleading information can “create anxiety, heighten hatred and doubt and make society more vulnerable.”

Sweden is just one of several European countries that have changed or added to their counter-disinformation strategies during the pandemic, according to a report from the Hague Program for Cyber Norms, which stated that France, Germany and the U.K., among others, also updated their policies.

The website noted that freedom of speech and expression are protected by the constitution, and that the new agency will not interfere with that.