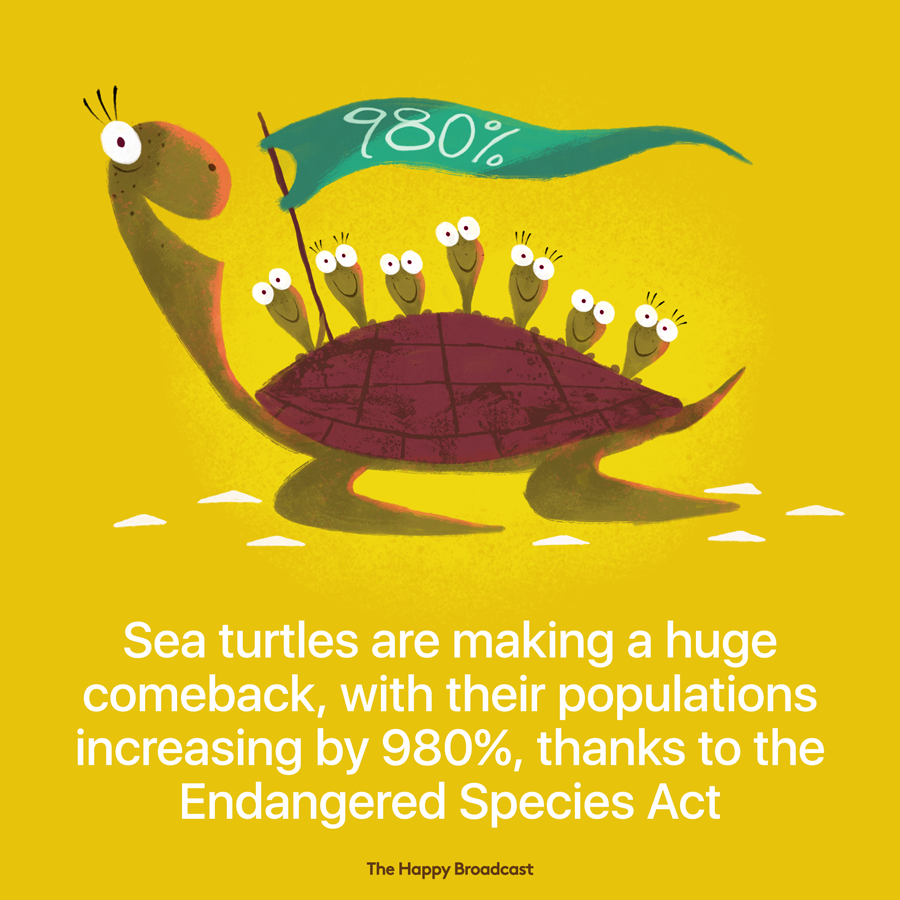 Thanks to this week’s guest artist Nikolas Ilic.

Back in 1973, out of concern that many of America’s native plants and animals were in danger of extinction, Congress passed the Endangered Species Act. The law enables regulators to designate species as either “endangered,” meaning that they’re at risk for becoming extinct throughout at least a significant portion of their range, or “threatened,” meaning that they’re likely to become endangered in the near future.

Sea turtles in particular benefited from the law, with their populations increasing by 980 percent!