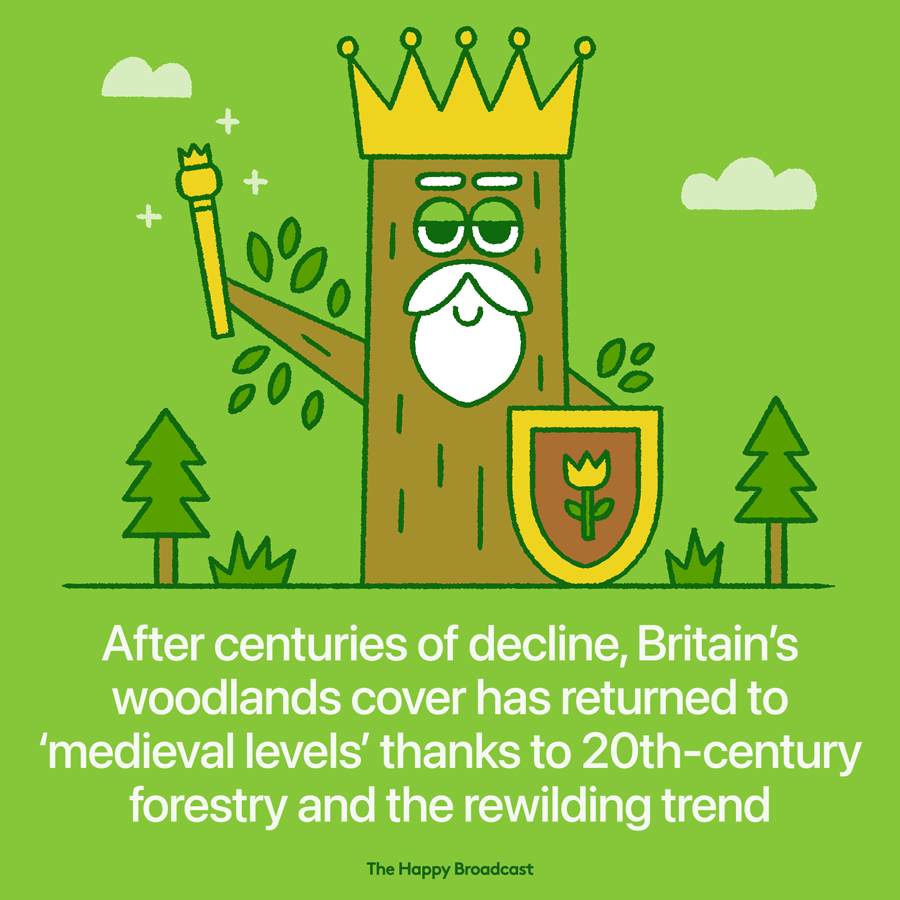 The area of woodland is about 3.19 million hectares, according to the Forestry Commission. This represents 13 per cent of the land area, or 10 per cent in England, 15 per cent in Wales, 8 per cent in Northern Ireland and 19 per cent in Scotland.

That is up from 5 per cent nationwide in 1919, when the commission was established, and is equivalent to levels of cover during the Middle Ages, which ranged from 15 per cent of England at the time of the Domesday Book in 1086, to 6-10 per cent by 1300. Cover in Scotland is considerably higher than in medieval times, when about 4 per cent of the country was wooded.

The Forestry Commission was established to respond to the crisis by creating state-owned woods and forests and promoting forestry. Early schemes included the first planting in 1926 of Kielder Forest in Northumberland, which became the largest man-made forest in England. In 1956 the commission planted its millionth acre.