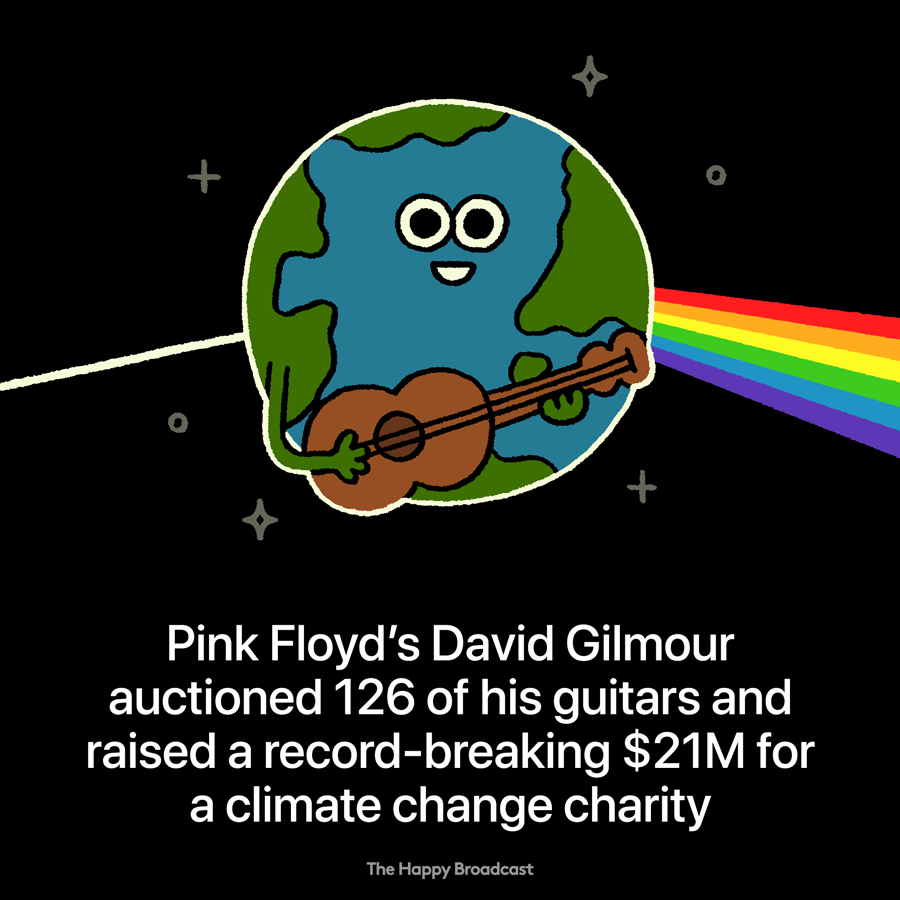 The auction lasted eight hours and had bidders from 66 countries around the world, according to British auction house Christies, which handled the sales.

“The Black Strat,” a 1969 Fender Stratocaster which Gilmour used to record Pink Floyd albums “The Dark Side of the Moon,” “Wish You Were Here” and “The Wall,” sold for $3,975,000 – a new world record for a guitar at an auction.

“The choice really is that simple, and I hope that the sale of these guitars will help ClientEarth (which funds environmental lawyers and experts in the fight against climate change) in their cause to use the law to bring about real change,” David Gilmour explained on Twitter.