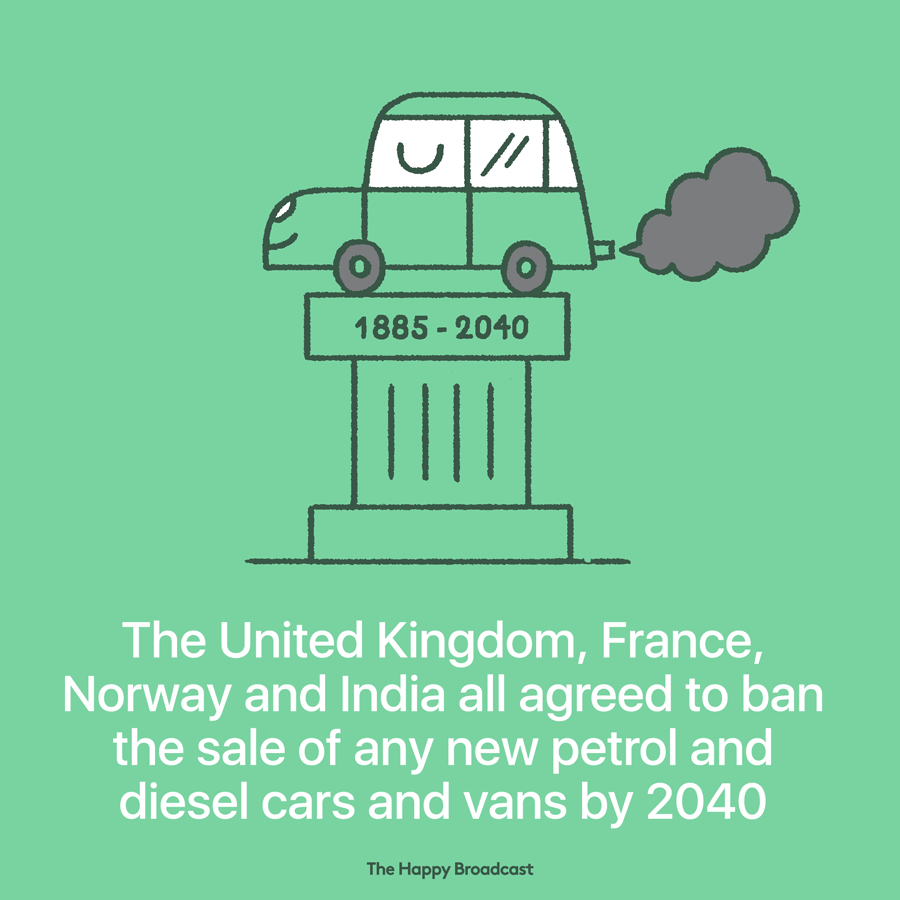 The decision to phase out the internal combustion engine heralds a new era of low-emission technologies and many countries are doing their part to set up an infrastructure to support battery-powered vehicles and get gas-powered cars off the road.

The United Kingdom said “There is no alternative to embracing new technology” and decided to ban sales of new gasoline and diesel cars starting in 2040 as part of a bid to clean up the country’s air.

France, Norway, India, China and Netherlands plan to begin phasing out the vehicles starting in 2030, sending out strong signal of the turn away from the internal combustion engine toward cleaner electric motors.

The end of cars that run on petroleum may now be in sight.