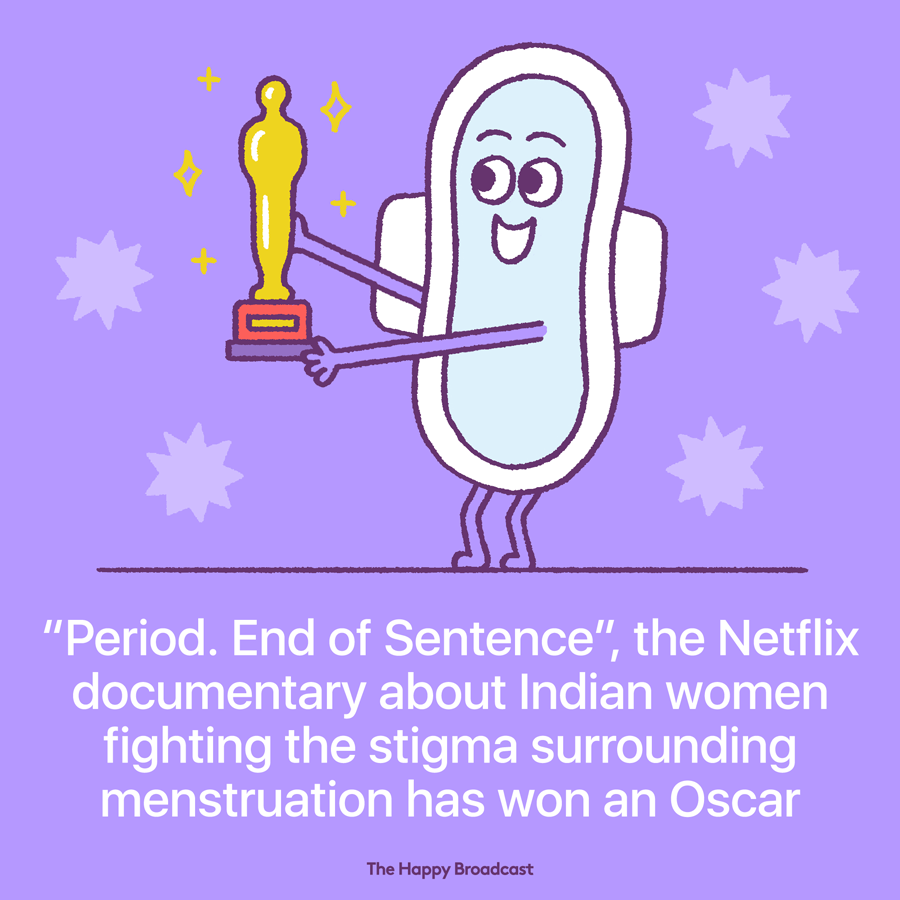 The documentary, which was produced by Netflix and directed by filmmaker Rayka Zehtabchi, chronicles the experience of low-income women in rural India, who band together to install and operate a sanitary pad-making machine to improve access to sanitary products and reduce the stigma around menstruation.

The machine is the brainchild of Arunachalam Muruganantham, better known as “Pad Man.” When Muruganantham learned that his wife used cheap, dirty cloths instead of expensive sanitary products he decided to do something about it: He developed a simple mechanism that allows women to make affordable sanitary pads.

The film explores the stigma and bias that exists around menstruation, as well as some of the barriers women in developing countries face when confronting these issues on their home turf.

“I can’t believe a film about menstruation just won an Oscar,” said director Rayka Zehtabchi, who is 25 years old, in her emotional acceptance speech.

Source: Women In The World / Time