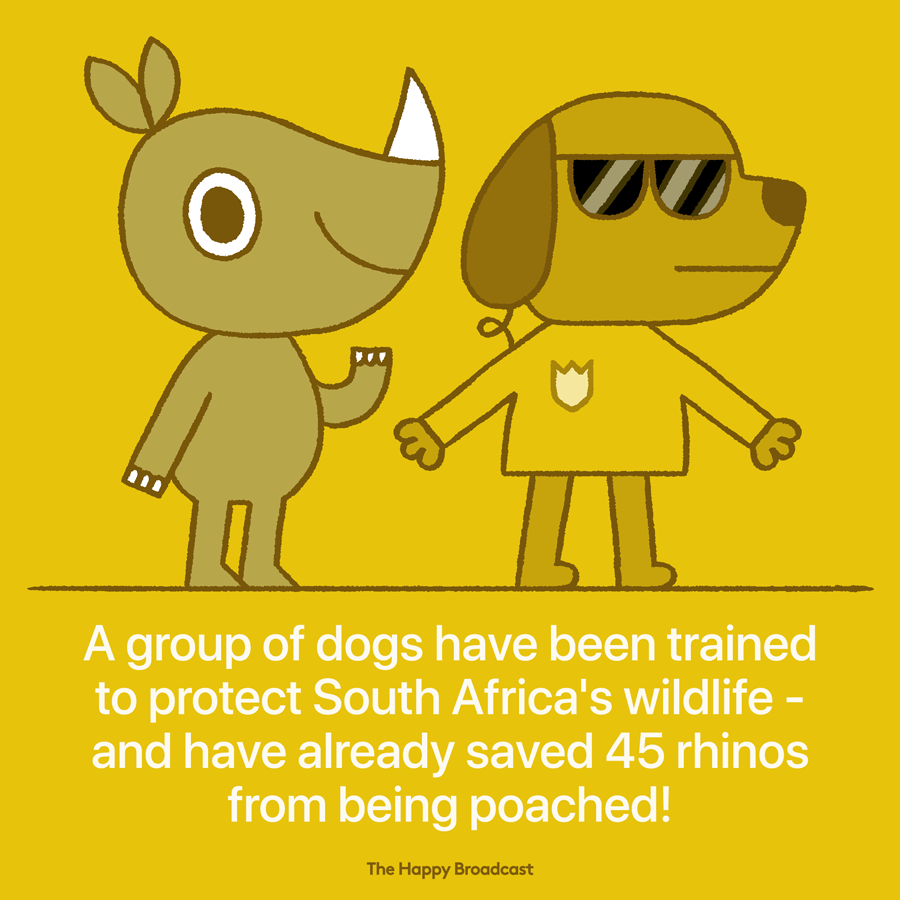 The dogs, who vary from a beagle to bloodhound, began training from birth before working at 18 months-old at the Southern African Wildlife College in Greater Kruger National Park.

They received their training from K9 Master Johan van Straaten that said, “The data we collect for this applied learning project aimed at informing best practice, shows we have prevented approximately 45 rhino being killed since the free tracking dogs became operational in February 2018.”

Johan stated that the dogs’ success rate was about 68% in the areas patrolled by the South African Wildlife College patrol. Johan believes that free tracking dogs have made the real difference since they can track at speeds much faster than any human.