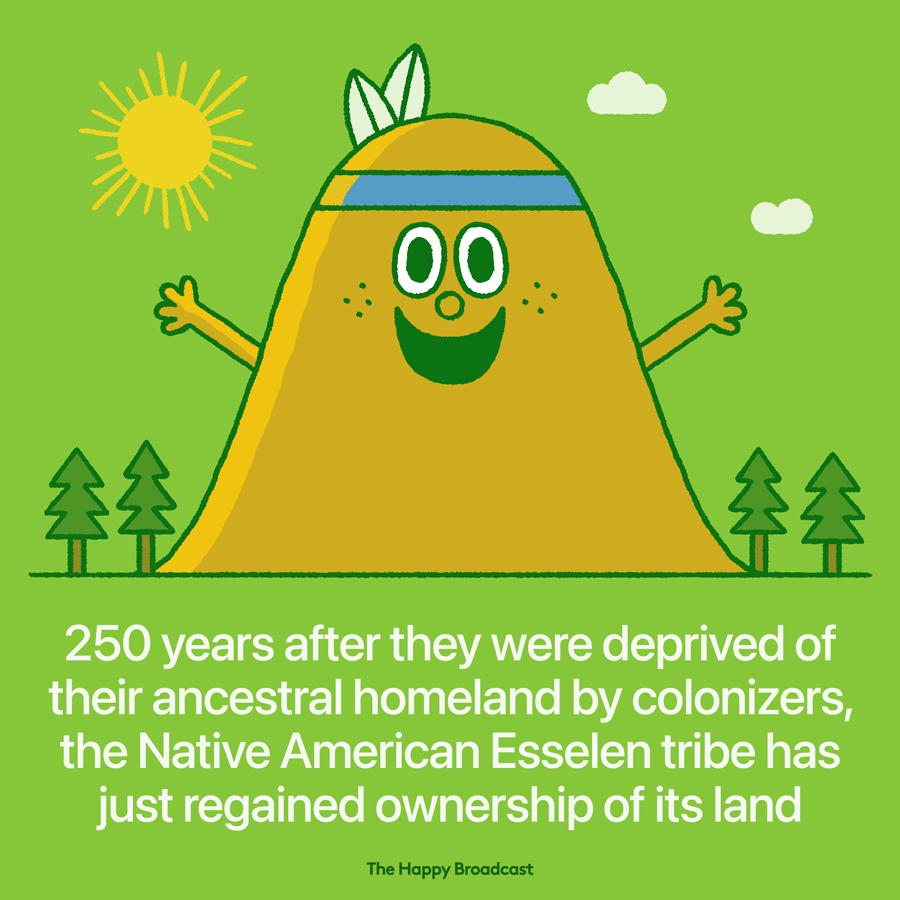 The Esselen Tribe of Monterey County, a historic Native American tribe made up of Indigenous Hokan speaking People, inhabited land across the Big Sur coast of California for more than 6,000 years — until several centuries ago, when Spanish colonizers seized their territory. Now, after 250 landless years, the small Native American tribe is finally getting some justice, as they have just regained ownership of their land.

The purchase was made possible by Western Rivers Conservancy (WRC), a group that works to conserve western U.S. rivers and land. The group partnered with the Esselen Tribe, and got the California Natural Resources Agency to purchase 1,199 acres of land for the tribe in a splashy $4.5 million deal.

“It is beyond words for us, the highest honor,” the Esselen Tribe’s chairman Tom Little Bear Nason told reporters, according to The New York Times. “The land is the most important thing to us. It is our homeland, the creation story of our lives. We are so elated and grateful.”