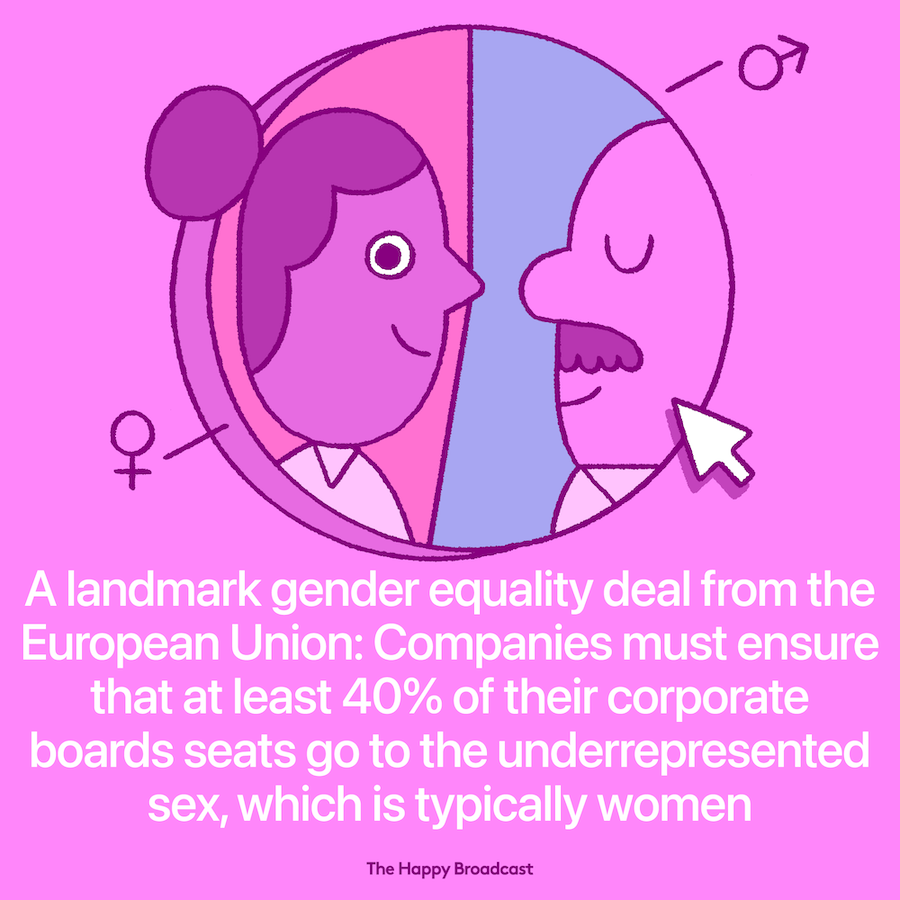 History in the making! After a decade, the EU institutions reached an agreement on board directive!

Globally, women occupy 19.7% of board seats, an increase of 2.8 percentage points since Deloitte’s last report in 2019. At this pace, Deloitte estimates that the world will not achieve gender parity in boardrooms until at least 2045. Though women are slated to achieve board parity in the U.S. a little bit sooner—2032—this projection nonetheless lags those in other large, G-20 nations.

A true milestone in the fight for equality, as the European directive ensures that women will make up at least 40% of non-executive boards of EU companies by June 2026.

The move comes after 10 years of stalemate over the proposals.

The legislation is a legally binding quota, and it also says that companies can be fined for failing to recruit enough women to their non-executive boards. Board appointments even have the potential to be canceled for non-compliance with the law. The EU has also set a 33% overall target for women in all senior roles, including non-executive directors and directors like CEOs and COOs.