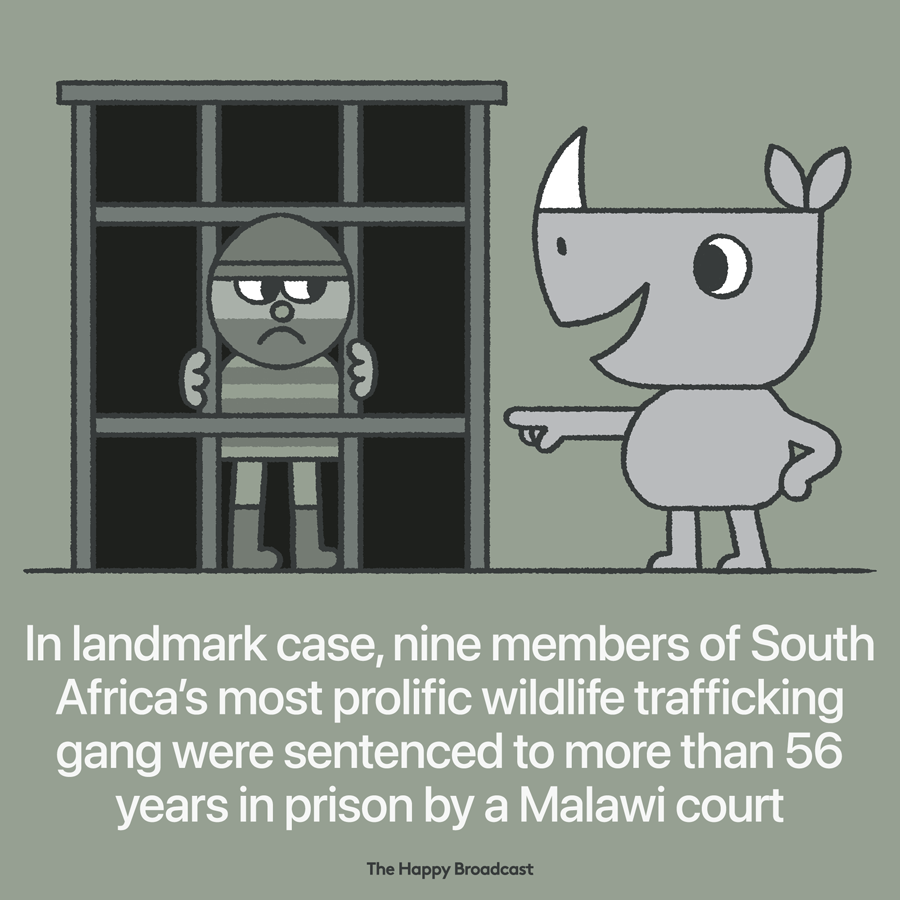 The gang were members of the Lin-Zhang syndicate and were each found guilty of at least one wildlife trafficking offence of a listed or protected species including pangolins, rhino horn, ivory or hippo teeth.

“It is critical that wildlife criminals can expect to feel the full weight of the law and the message needs to be loud and clear: Malawi is no longer a playground for the likes of the Lin-Zhang syndicate that exploit our natural heritage, damage our economy, incite corruption, and pose a risk to national security,” stated Kumchedwa, the Director of Malawi National Parks and Wildlife. This is indeed a victory for the Malawi, and a victory for wildlife in particular.”

Malawi should be immensely proud, and other African countries currently battling the scourge of illegal wildlife trade would do well to follow this example of global leadership.