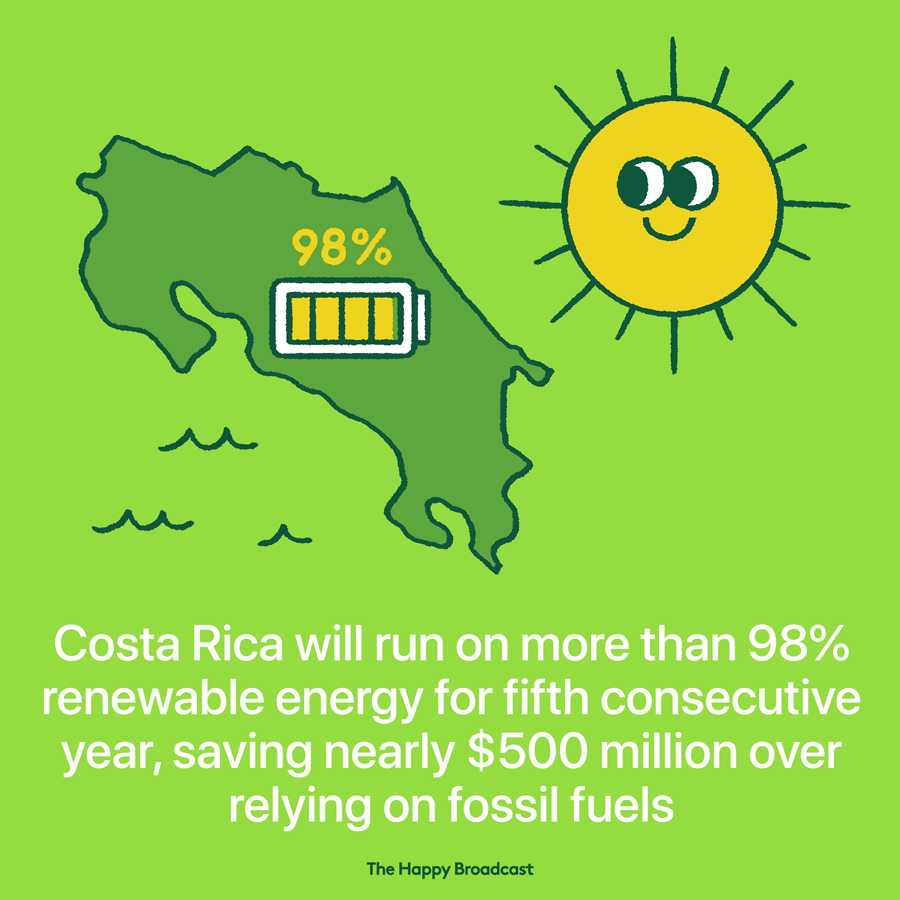 The Government of Costa Rica expects the country will generate more than 99% of its energy from renewable resources in 2019. That means Costa Rica will have run on more than 98% clean energy over five consecutive years, according to data from the National Center for Energy Control (CENCE).

The Costa Rican government says its clean energy generation — which powers more than 1.5 million homes and 225,000 businesses — has saved the country nearly $500 million over the past 20 years over relying on fossil fuels.