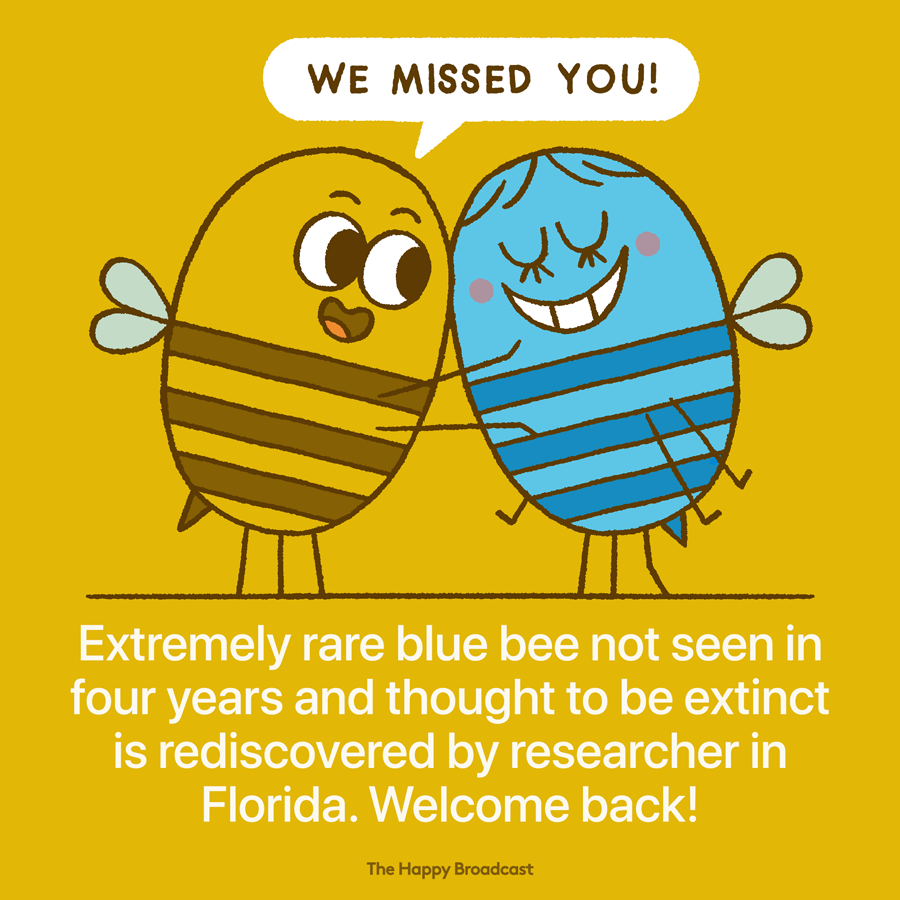 The indigo insect was last spotted in central Florida in 2016, five years after it was first identified. But this spring, just as Americans began to hunker down because of the COVID-19 pandemic, the rare blue bees, known scientifically as Osmia calaminthae, were rediscovered in the same region.

Chase Kimmel of the Florida Museum of Natural History confirmed the bees’ survival in March. Although Kimmel currently doesn’t have a good estimate of how many blue calaminthas remain in the wild, he remains hopeful that the brightly colored bee will make a comeback in the coming years.

“It’s one thing to read about habitat loss and development and another to be driving for 30-40 minutes through miles of orange groves just to get to a really small conservation site,” Kimmel said. “It puts into perspective how much habitat loss affects all the animals that live in this area.”