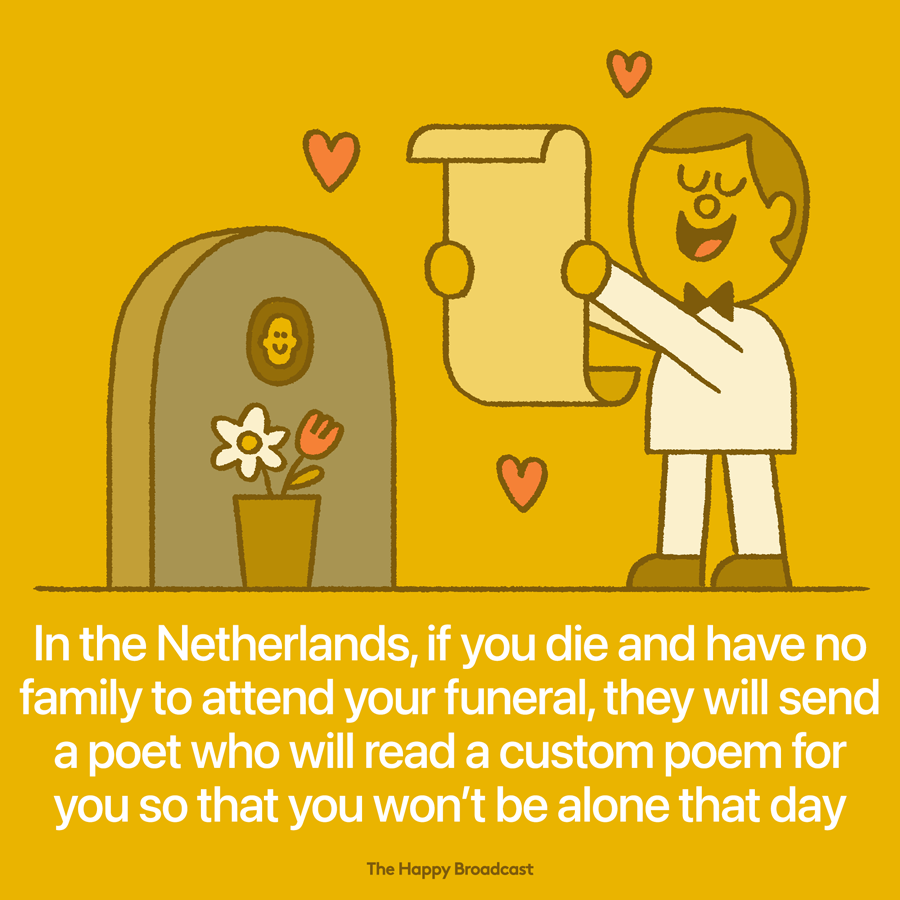 In Amsterdam alone, it is estimated that at least a dozen people die alone and unclaimed by relatives every year. These could be an array of different people, including those who are homeless, perhaps undocumented, victims of crime, those who overdosed on illicit drugs, babies who were abandoned, and older residents living alone who have simply passed from natural causes.

Dutch artist & poet, Frank Starik, feeling deeply moved by the sense of tragedy left by somebody unclaimed, created the Lonely Funeral poems for the anonymous dead.  These Lonely Funerals, as the name would suggest, are typically held with a group of pallbearers, a designated civil servant, and the poet. This poet has no relation to the deceased; doing extensive research about those who have died (sometimes with nothing more than a short police report, physical features, or other small details given by neighbours) in order to produce a poem memorialising their life.  Lonely Funerals bring comfort to the living in the idea that there is always someone looking out for us, even in death.