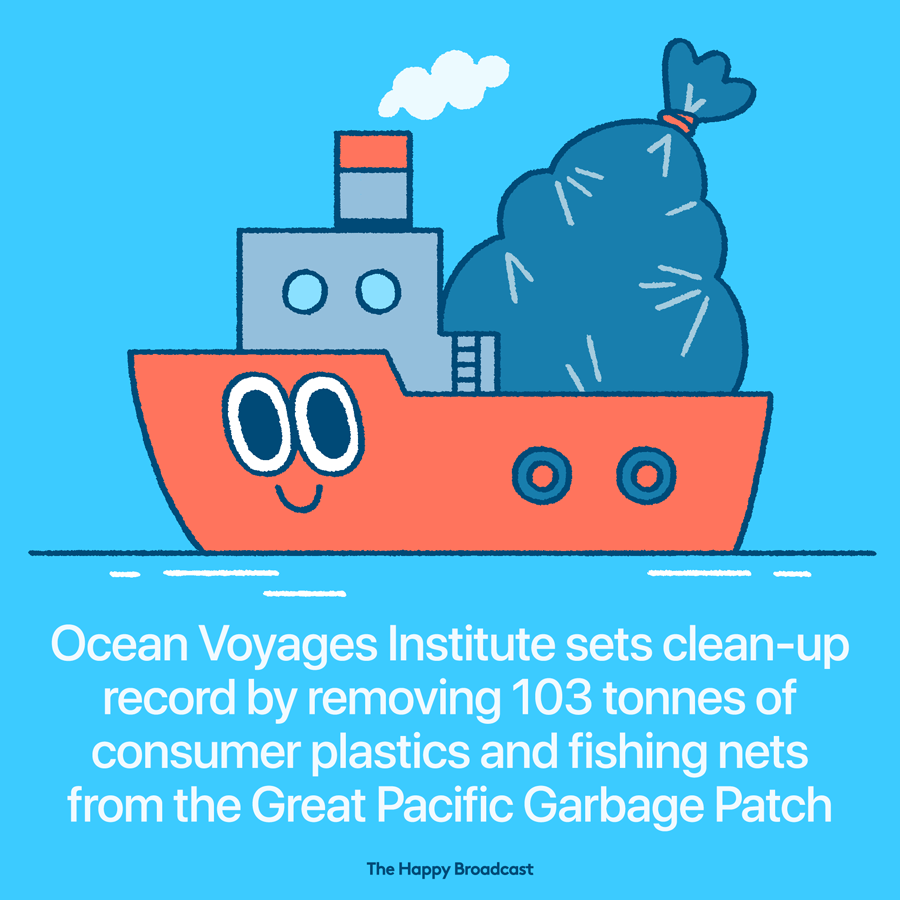 The Ocean Voyages Institute returned to Honolulu last week after spending 48-days out at the Great Pacific Garbage Patch, where they collected a mind-blowing 103 tons of marine debris.

The Great Pacific Garbage Patch comprises of two enormous masses of ever-increasing piles of plastic and other trash. The Eastern Garbage Patch is situated between Hawaii and California, while the Western Garbage Patch extends in an easterly direction towards Japan from the Hawaiian Islands.

“We exceeded our goal of capturing 100 tons of toxic consumer plastics and derelict ‘ghost’ nets. And in these challenging times, we are continuing to help restore the health of our ocean, which influences our own health and the health of the planet.” said founder and executive director Mary Crowley in a statement.

Ocean Voyages Institute has set a new record with the largest at sea cleanup in the Great Pacific Garbage Patch to date, more than doubling its own results from last year.