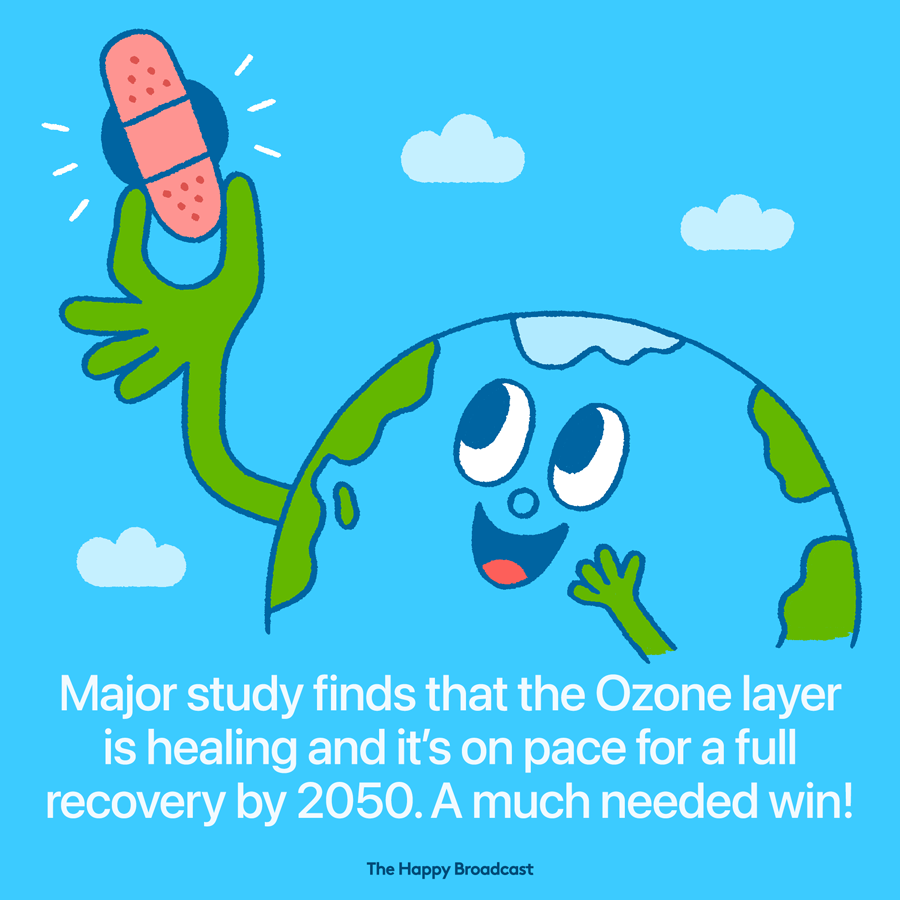 If you haven’t heard about the ozone hole in years, that’s because scientists did a pretty good job saving us from ourselves.

In 1985, atmospheric scientists in Antarctica noticed something troubling. They observed that the Ozone, the layer of gas that deflects much of the sun’s radiation, was on track to be wiped out in the next few decades.

Their discovery was cause for worldwide alarm and unprecedented action. In short order, the international community marshaled its resources — scientific, economic, diplomatic — to mount a campaign to ban the chemical that caused the damage, chlorofluorocarbons (CFCs), and to restore the ozone layer.

The worldwide effort was a huge success. CFC consumption declined from over 800,000 metric tons in the 1980s to an estimated 156 metric tons in 2014. Fast-forward to today: The ozone is on the path to recovery, if not fully restored.

Experts estimate that by 2050, the ozone layer will be back to the state it was in 1980! And keeping the ozone intact buys us time in the fight against climate change.