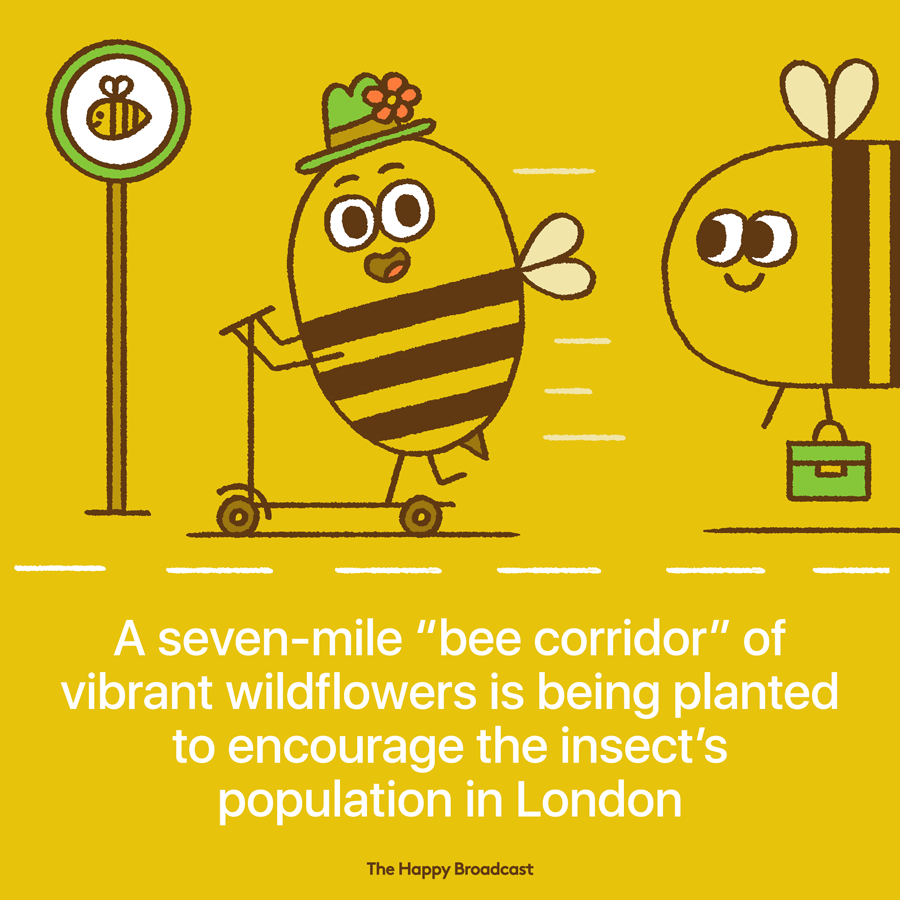 The pathway for bees will be formed of 22 meadows sown through parks and green spaces in the north west of the capital. These will be in place in time for summer according to Brent council, which says it hopes the move will halt the decline in biodiversity in the borough.

A recent study showed a massive decline in pollinating insect numbers in the UK since the 1980s, with the decline of wildflowers attributed as one factor behind this.

Councillor Krupa Sheth, who is Brent Council’s lead member for environment, said: “Bees and other insects are so important for pollinating the crops that provide the food that we eat. We must do all we can to help them to thrive.”