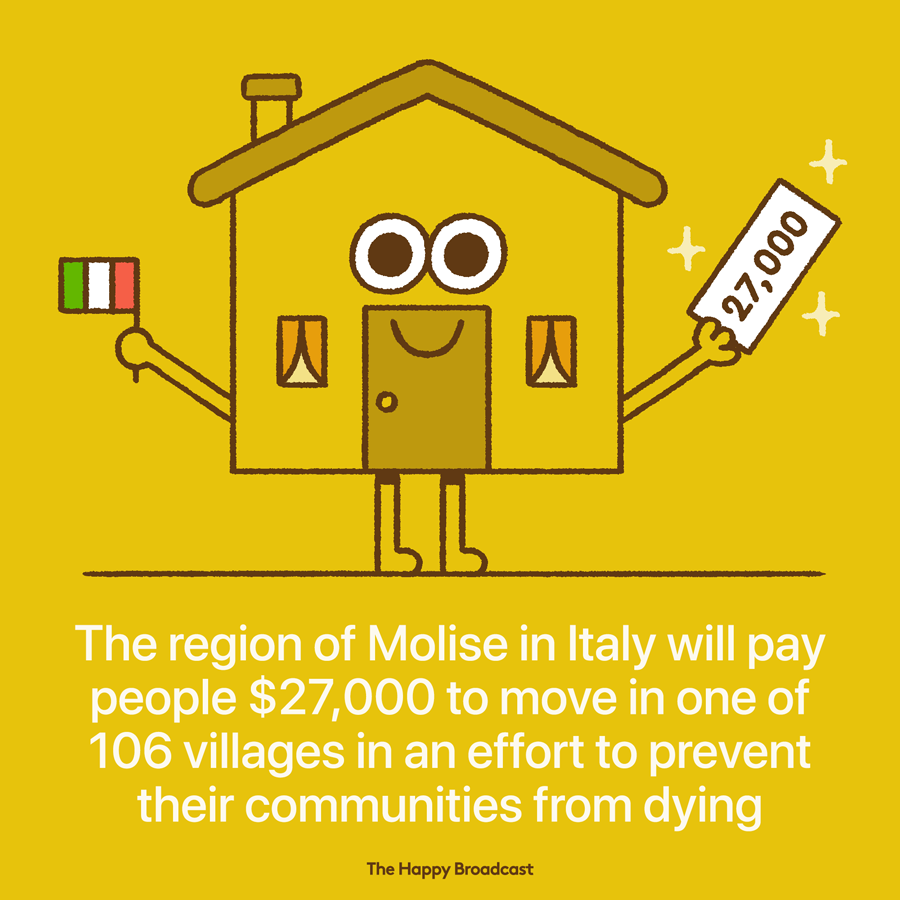 The region of Molise, a wild, beautiful but overlooked area that lies east of Rome, has announced it will pay people more than $27,000 to settle in one of 106 underpopulated villages in an effort to prevent their communities from dying.

Anyone who takes up the offer will receive 700 euros a month (about $770) for up to three years to help them settle in an area known for its green pastures, olive groves and snowy mountaintops.

There’s a catch – they’ll also have to commit to starting a small business, in order to contribute to the local economy.

Thousands of people have left Molise in recent years. Official statistics say the number of people living there has fallen by almost 9,000 since 2014, pushing the region’s population to just 305,000.