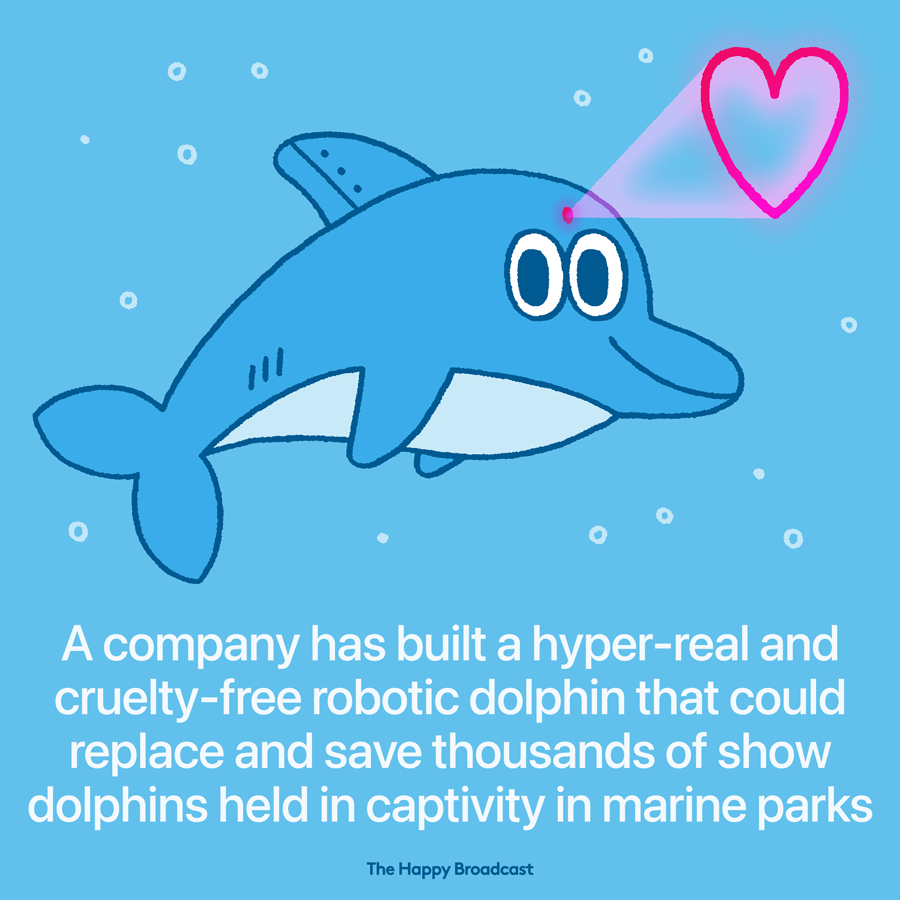 The robot dolphin is more than 20 years in the making, says designer Roger Holzberg. Its earliest inception debuted in 1999 at the Living Seas exhibit at Disney World’s Epcot.

There wasn’t a widespread use for it then, but as robotic technology has evolved, so has public opinion about the morals of keeping marine mammals in captivity.

Edge Innovations is a company that truly lives up to its name. As such, it’s made an animatronic dolphin so real, the company already has high hopes of replacing actual marine life held in captivity and performing at theme park shows. Yes, we’re talking about dolphin robots taking over the (Sea)world!

“We believe that there is a possible win-win for both the industry and for the educational initiatives to be able to create, really to reimagine, the kind of entertainment we do with those animals” Holzberg said.