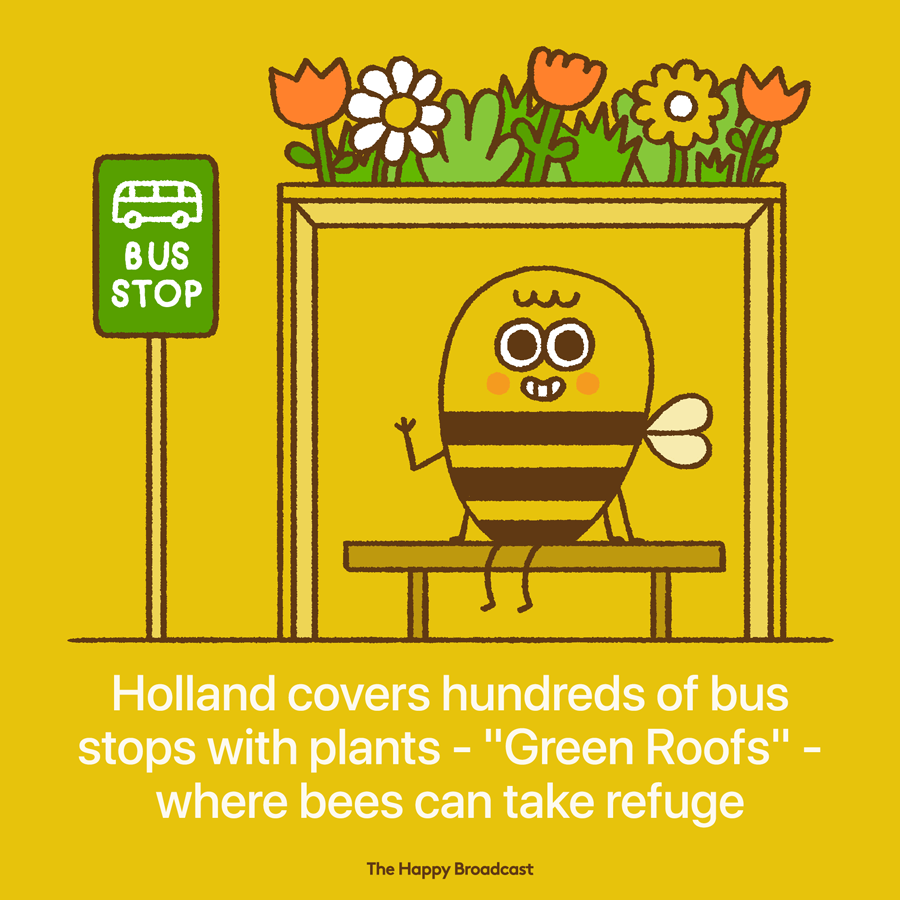 The shelters not only support the city’s biodiversity, such as honey bees and bumblebees, but they also help capture fine dust and store rainwater.