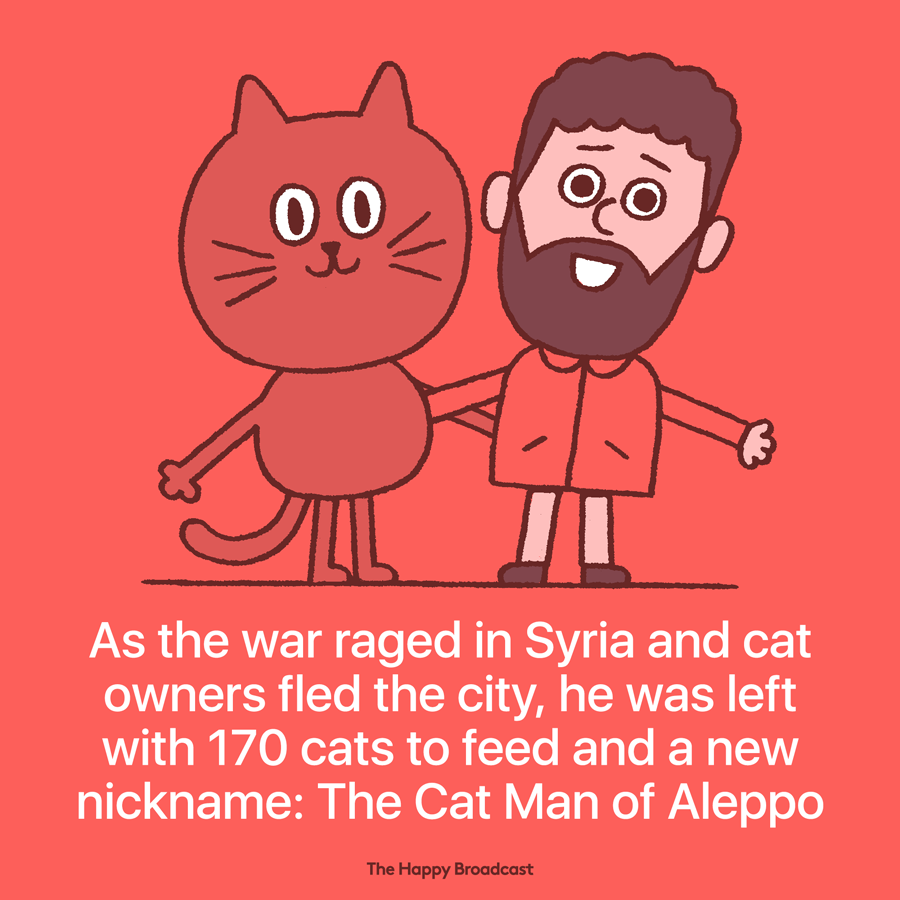 The story of Mohammed Alaa al-Jaleel has been one of the those few heartwarming stories taking place in the bloodstained city of Aleppo.

As the war raged, Alaa decided to use his passion and the money he earned as an ambulance driver to help hundreds of abandoned cats who were left in the city. He was called the “Cat Man of Aleppo” when at first, he used to feed cats and take care of them in the streets.

Shortly after, the “Cat Man of Aleppo” has become a famous figure in Aleppo as the number of cats he was taking care of increased rapidly. Regional media outlets started reporting his story and with the help of donations from friends and social media fans, he set up his first cat sanctuary in the city, Ernesto’s House of Cats, for all the cats and other animals (like dogs, chickens and horses) he is taking care of. “Just like many people are wounded by all the different weapons in the area, animals too suffer the same injuries,” Mohammed Alaa al-Jaleel