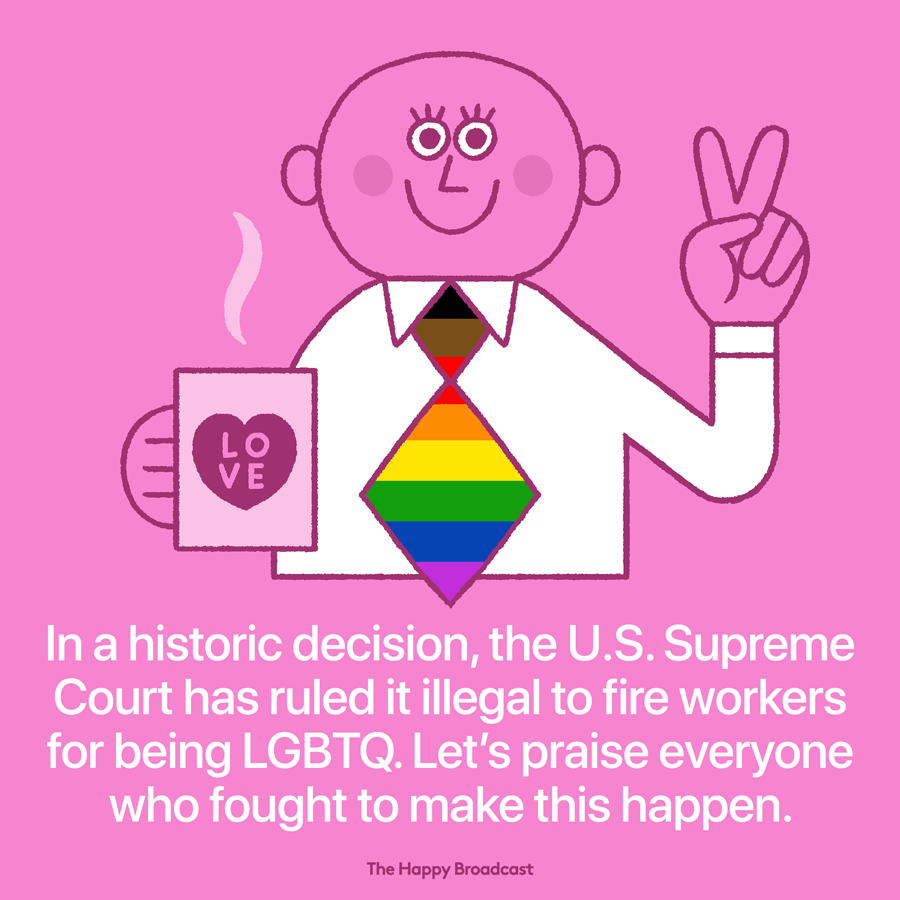 The Supreme Court ruled today that gender identity and sexual orientation should be included as protected classes under the employment section of Civil Rights Act. Before now, not only was it legal to fire someone for being LGBTQ in the majority of U.S. states, but LGBTQ people were not protected under any federal nondiscrimination laws.

The 6-3 decision, written by U.S. Associate Justice Neil Gorsuch, determines anti-LGBTQ discrimination is a form of sex discrimination, thus prohibited under Title VII of the Civil Rights Act of 1964.