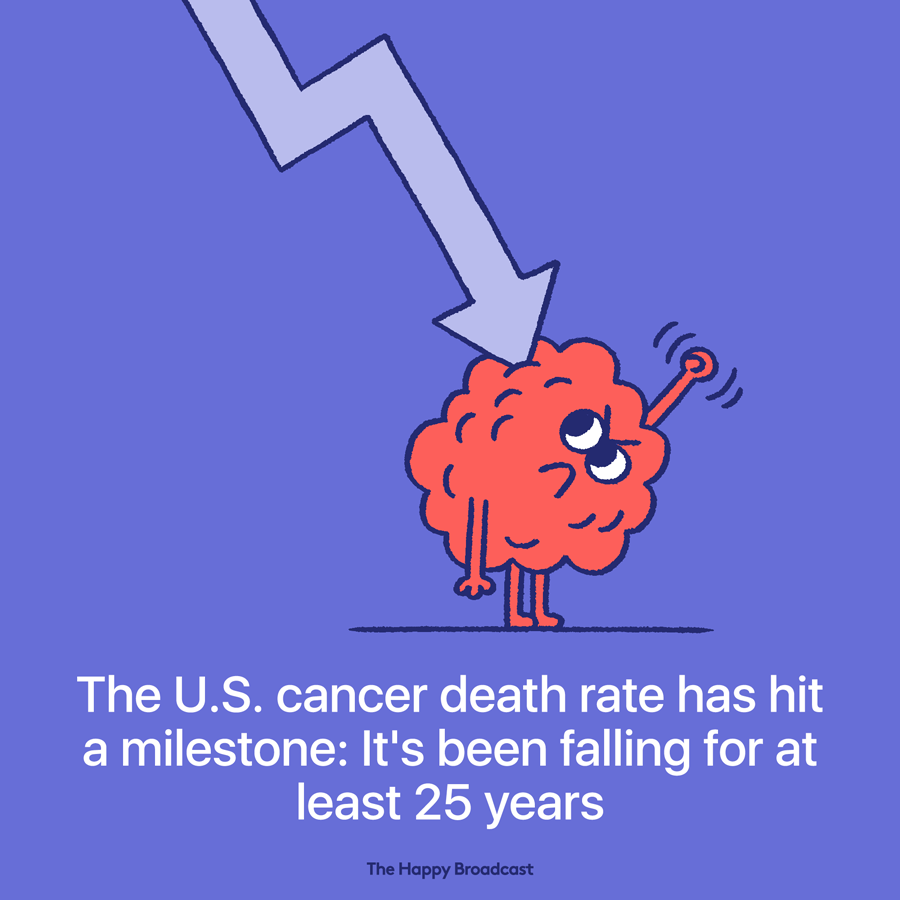 The U.S. cancer death rate has hit a milestone: It’s been falling for at least 25 years, according to a new report.

Lower smoking rates are translating into fewer deaths. Advances in early detection and treatment also are having a positive impact, experts say.

The Us cancer death rate was increasing until the early 1990s. It has been dropping since, falling 27 percent between 1991 and 2016, the Cancer Society reported.

Lung cancer is the main reason. Among cancers, it has long killed the most people, especially men. But the lung cancer death rate dropped by nearly 50 percent among men since 1991. It was a delayed effect from a decline in smoking that began in the 1960s, said Rebecca Siegel, lead author of the American Cancer Society.