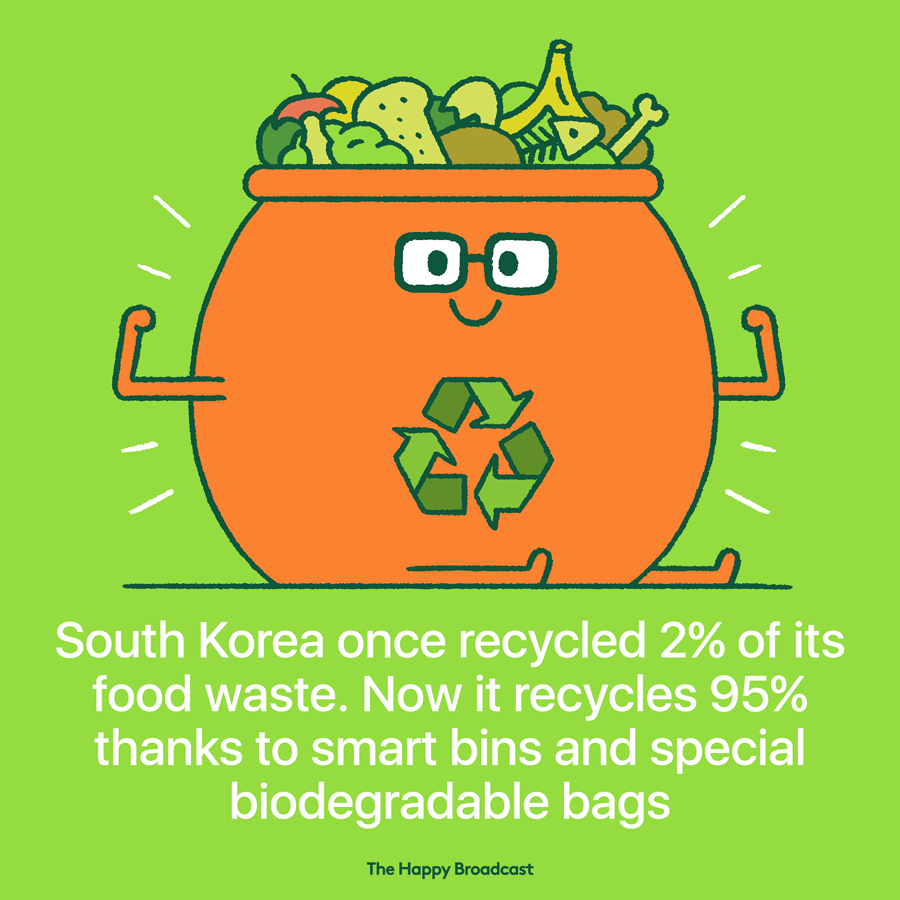 The world wastes more than 1.3 billion tonnes of food each year. The planet’s 1 billion hungry people could be fed on less than a quarter of the food wasted in the US and Europe.

South Korea is taking a lead, recycling 95% of its food waste.

It wasn’t always this way in the country. South Koreans each generate more than 130 kg of food waste each year.

As far back as 2005, dumping food in landfill was banned, and in 2013 the government introduced compulsory food waste recycling using special biodegradable bags.

Technology has played a leading part in the success of the scheme. In the country’s capital, Seoul, 6,000 automated bins equipped with scales and Radio Frequency Identification (RFID) weigh food waste as it is deposited and charge residents using an ID card. The pay-as-you-recycle machines have reduced food waste in the city by 47,000 tonnes in six years, according to city officials.