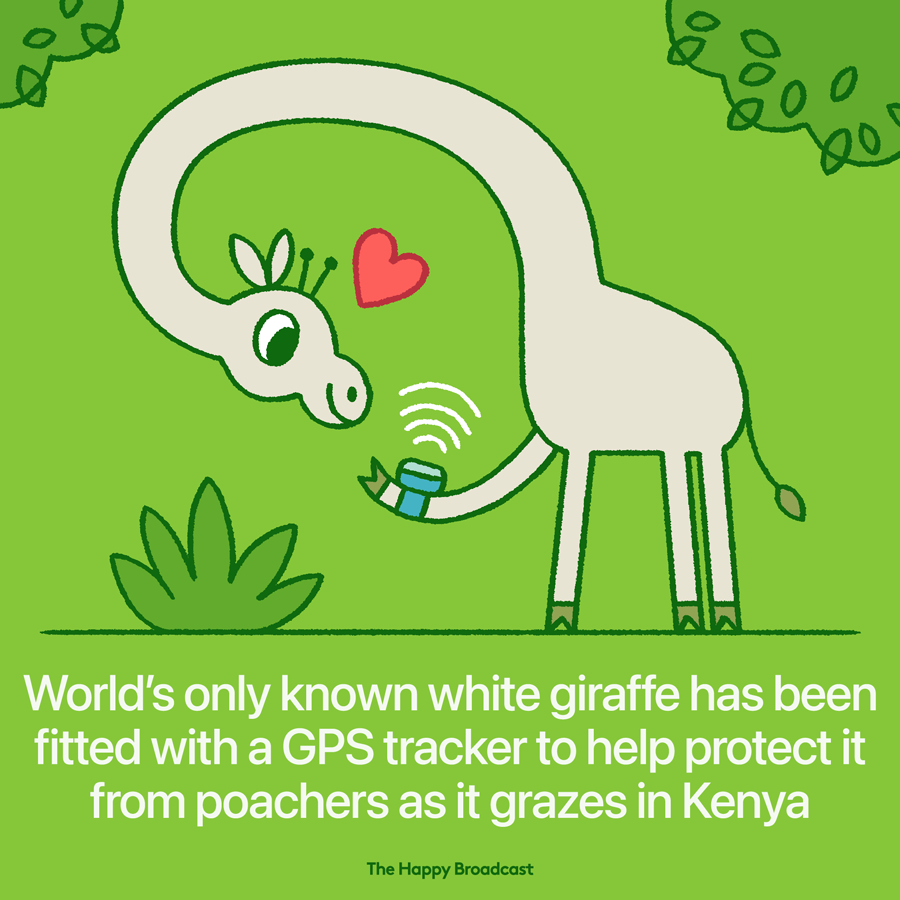 The world’s only known white giraffe has been fitted with a GPS tracking device to keep poachers at bay in north-east Kenya, conservationists say.

A conservation group said rangers could monitor the lone male giraffe’s movements in real time. The giraffe has a rare genetic condition called leucism, which causes the loss of skin pigmentation.

Rangers fear the giraffe could suffer the same fate as his relatives, a female and her seven-month-old calf with similar white skin.

The non-profit group said the tracking device would give hourly updates on the giraffe’s whereabouts, enabling rangers to “keep the unique animal safe from poachers”.

Giraffes have been designated as a vulnerable species on The International Union for Conservation of Nature’s (IUCN) Red List, with an estimated population of 68,293 globally.