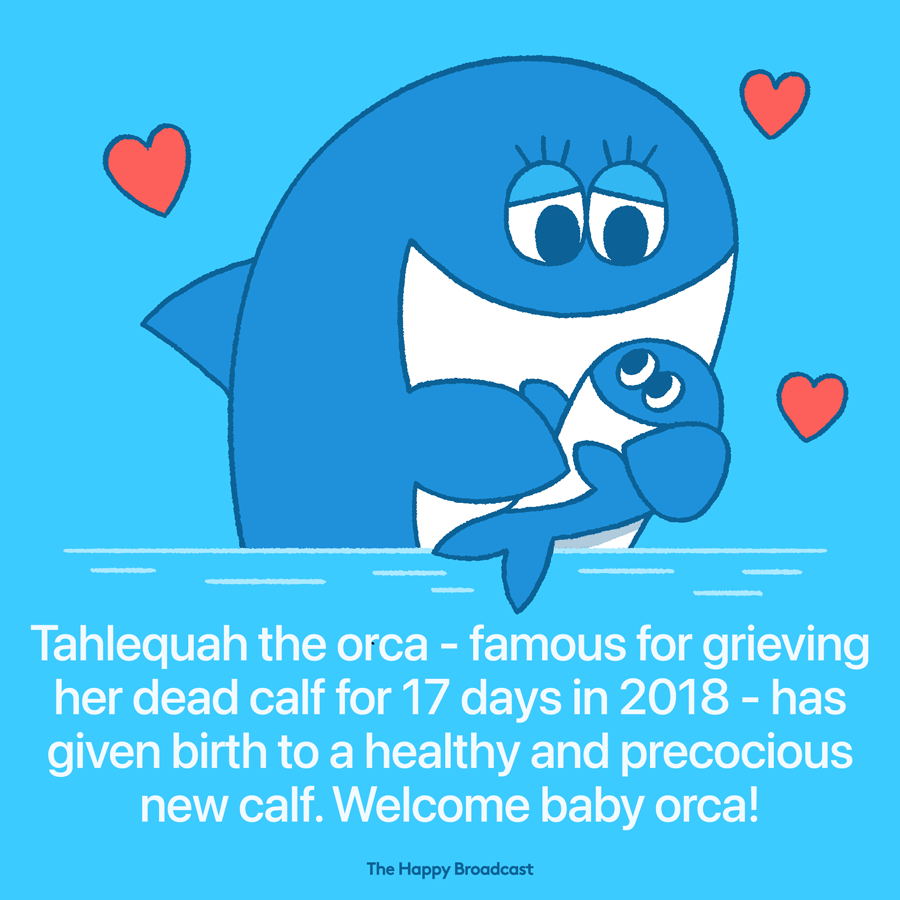 There’s a new member of the Southern Resident killer whale family, a species that’s fighting extinction with less than 100 known creatures in existence.

Tahlequah, an orca that grabbed the nation’s attention when she carried her dead calf for 17 days and more than 1,000 miles in 2018, has now given birth, bringing the known population of Southern Resident killer whales to 73.

The calf, which is thought to have been born on Sept. 4, is “healthy and precocious” according to the Center for Whale Research, which is based in Washington state.

The newborn, dubbed J57, appeared healthy while swimming alongside its mother, Tahlequah, or J35, near the coasts of Canada and Washington state in its second day of free-swimming life.

There’s no way to predict how Tahlequah and her new calf will fare in coming months. But whale enthusiasts remain deeply moved.

“This new birth brings new hope - for Tahlequah and for all of us,” said wildlife photographer Alena Ebeling-Schuld. “I am wishing Tahlequah and her new little one the very best with all of my being.”