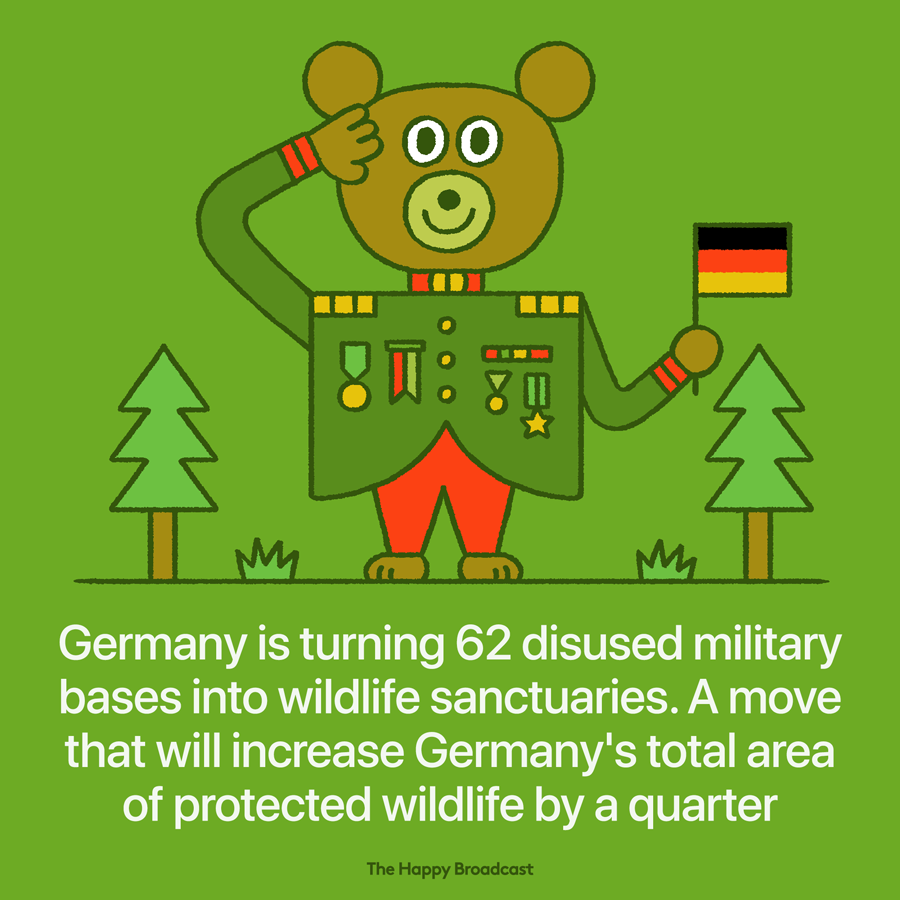 They were once military bases at the centre of a 50-year war between the world’s two superpowers. They will soon become a haven for rare birds and other animals.

The German government has announced plans to convert 62 disused military bases just west of the Iron Curtain into nature reserves for wildlife.

Environment Minister Barbara Hendricks said: “We are seizing a historic opportunity with this conversion — many areas that were once no-go zones are no longer needed for military purposes.

Together the bases are 31,000 hectares — that’s equivalent to 40,000 football pitches. The conversion will see Germany’s total area of protected wildlife increase by a quarter.