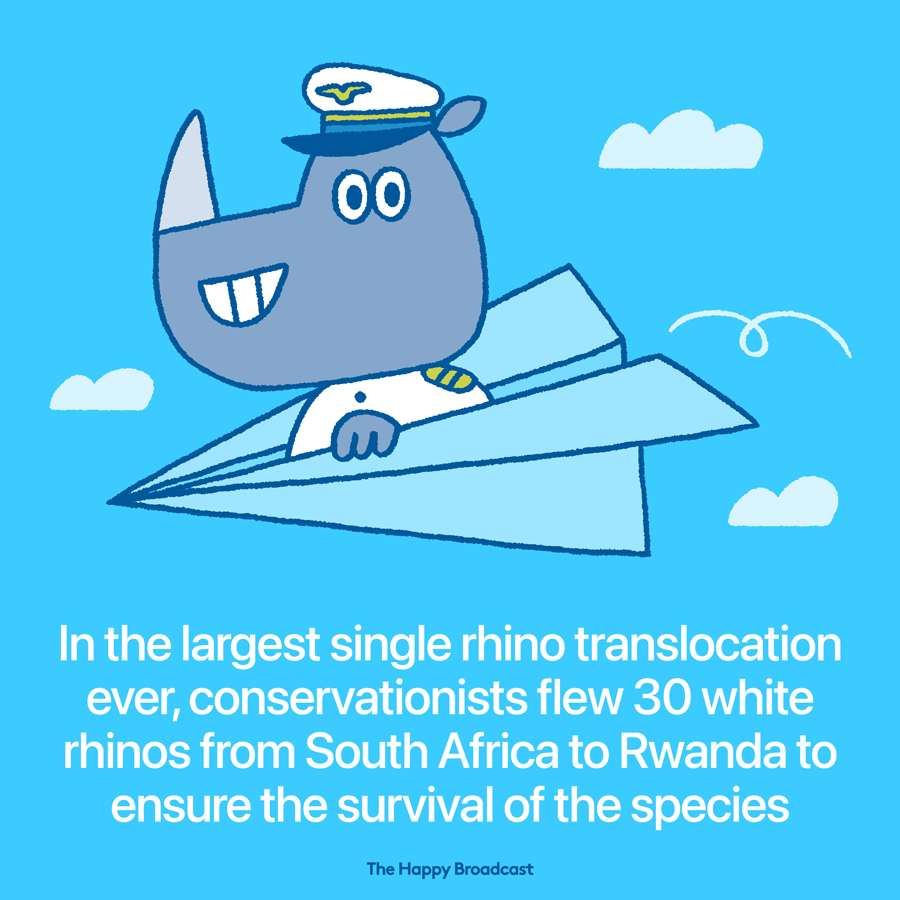 In a bid to secure the future of the near threatened species, 30 animals have been driven, flown and finally rehomed in Akagera national park in Rwanda. Sending the rhinos on their 2,000-mile journey wasn’t easy. The animals spent months in quarantine and were offered national police escorts.

Weighing up to two tonnes, the majestic animals travelled some 3,400 kilometres from South Africa's Phinda Private Game Reserve as part of a program to replenish the species' population, decimated by poaching since the 1970s. Once plentiful across sub-Saharan Africa, white rhino suffered first from hunting by European settlers, and later by a poaching epidemic that largely wiped them out.

In what Africa Parks called “the largest single rhino translocation ever undertaken,” the 30 rare white rhinos include 19 females and 11 males and a mix of adults and adolescents.

"This will provide an opportunity for them to grow in a safer environment than in South Africa where 3 are killed per day by poachers," said the Akagera’s regional manager, Jes Gruner.