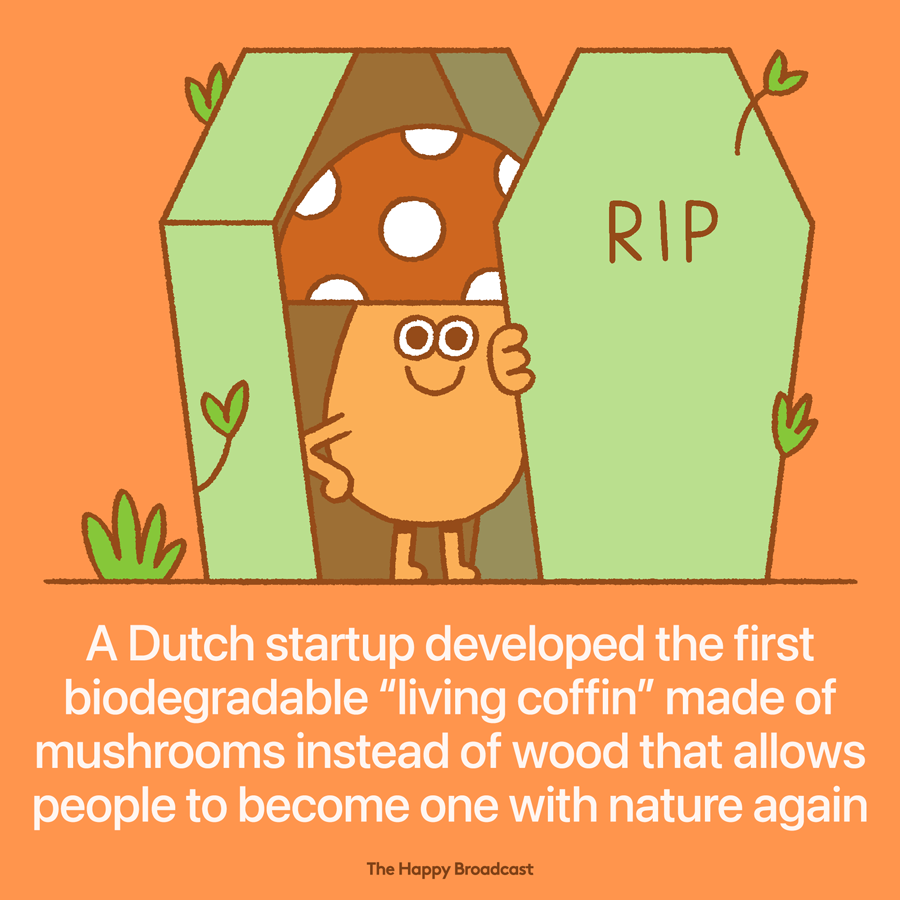 This invention is an environmentally-friendly alternative to the traditional wood and velvet-lined caskets that take over a decade to decompose in the earth and release toxins into the soil.

The coffin significantly speeds up the time it takes for a human body — plus all the clothing and other materials that get buried along with it — to decompose in as little as two years, while enriching the surrounding soil simultaneously.

That’s in large part thanks to its construction material of mycelium, a fast-growing, fungus-like bacterial colony that can grow into massive underground networks. Created without light, heat, or any kind of active energy source, the coffins are cultivated in one week by mixing a strain of mycelium and a substrate together and putting the mixture in a mold. Thereafter, the fungi absorb the other substance and takes the box-like form..

“The Living Cocoon enables people to become one with nature again and to enrich the soil, instead of polluting it,” Bob Hendrikx, founder of Loop, the startup that developed the coffin, said in a statement.