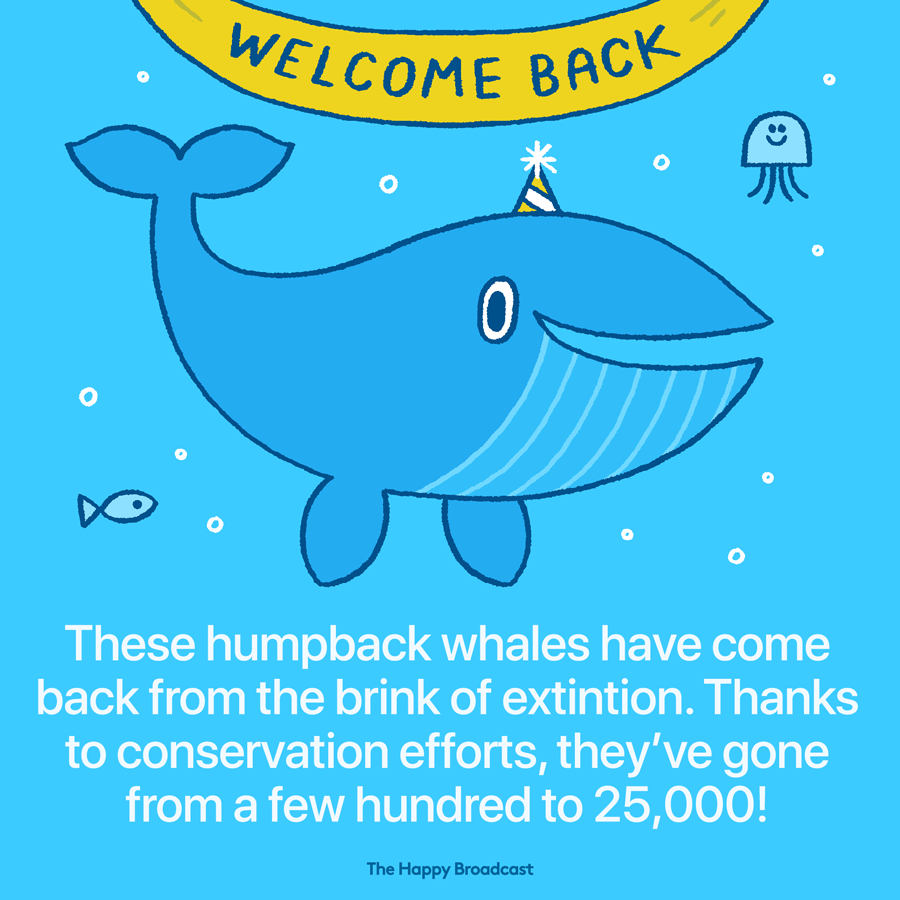 A key population of humpback whales is in recovery after it was pushed close to extinction by centuries of exploitation, according to a new study. Western South Atlantic humpbacks were reduced to a few hundred in the 1950s, after once totaling a number of 27,000.

But efforts to preserve the animal have been rewarded, with numbers now estimated to stand at 25,000 and 93% of their pre-exploitation levels, a study published by the Royal Society reveals.

The wider humpback whale species was devastated by whaling between the late 1700s and the mid-1900s – with estimates that 300,000 of the animals were killed.

This is good news. Despite all the killing that has happened, conservation efforts can have a positive impact and if you protect animals, this shows numbers can grow.