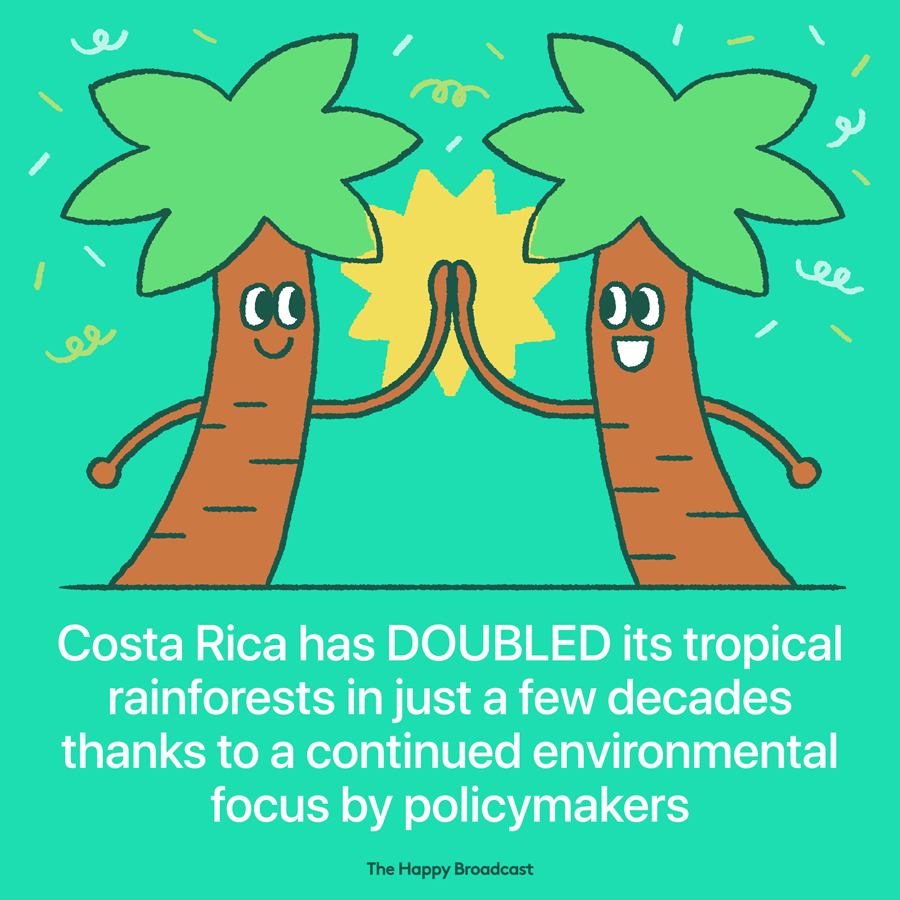 This story give me so MUCH hope for the future of the Amazon rainforest! Change can happen, tag your friends and share some faith in the future ❤️

In the 1940s, more than three-quarters of Costa Rica was covered in mostly tropical rainforests and other indigenous woodland.

But extensive, uncontrolled logging led to severe deforestation. By 1983, only 26% of the country had forest cover. Following decades of decline, an unusual thing happened. The rate of deforestation slowed and eventually dropped to zero, and over time the trees began to return.

What caused this dramatic reversal of fortune?Costa Rica began to realize the potential of its rich ecosystems and set about safeguarding them.Through a continued environmental focus by policymakers, today forest cover has increased to 52%, which is double 1983 levels.