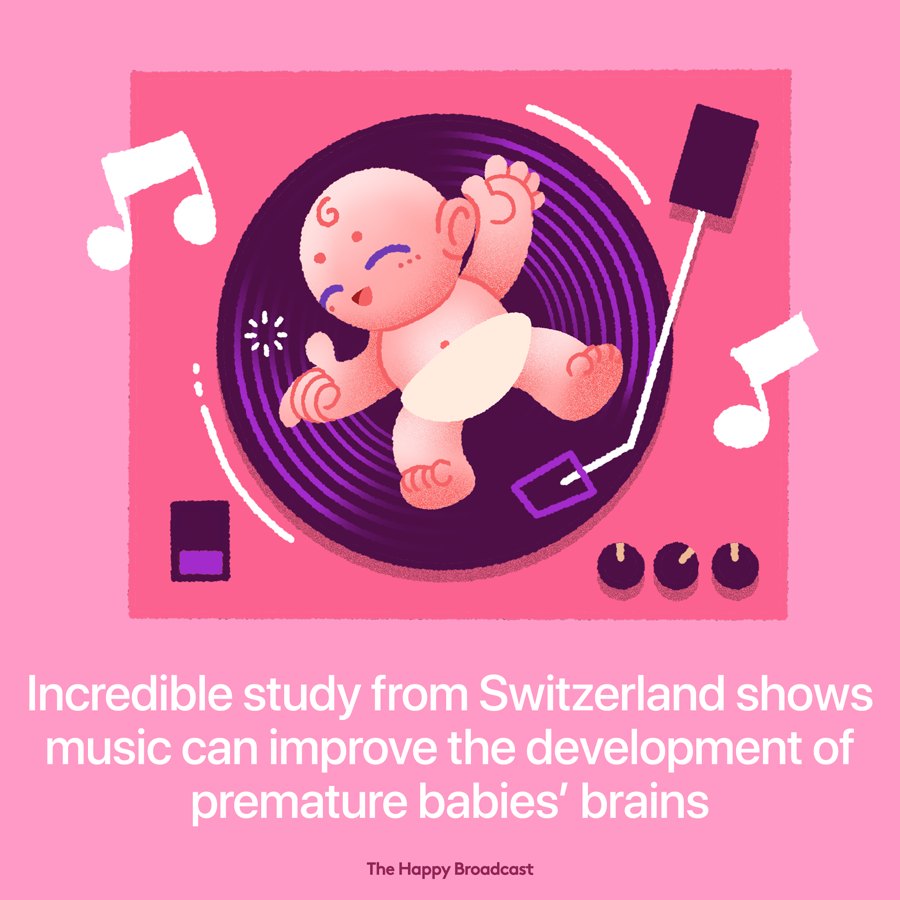 It seems that even the tiniest humans can appreciate a good tune. Swiss researchers have shown that specially composed music can improve the development of premature babies’ brains.

Around one per cent of babies are born ‘very prematurely’, i.e. before the 32nd week of pregnancy. The majority of these babies will survive, but roughly half will go on to develop neuropsychological disorders, such as learning difficulties or attentional and emotional disorders.

Researchers at the University of Geneva (UNIGE) teamed up with the composer Andreas Vollenweider to create some custom-made sounds.

The researchers scanned the babies’ brains and found that those who listened to music had improved brain development compared to those who didn’t. In particular, the babies had increased connectivity in brain circuity involving the ‘salience network’ – important for learning, cognitive tasks and social behaviour.