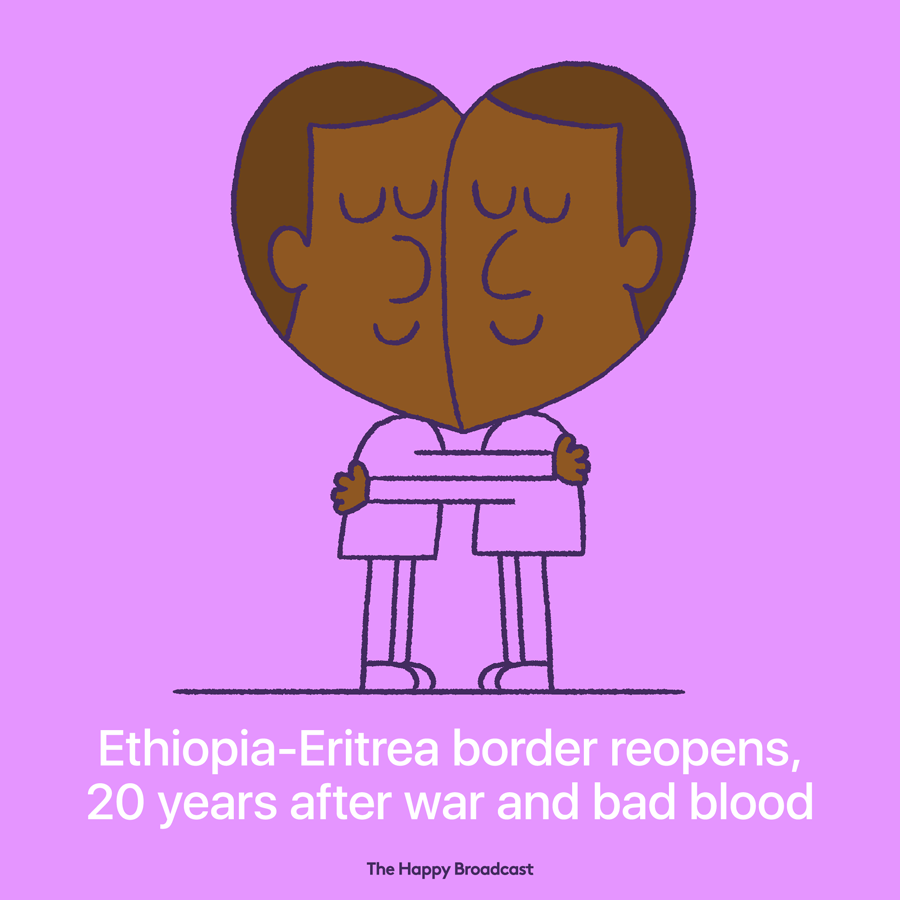 Two border crossings between Ethiopia and Eritrea reopened, strengthening a promise of reconciliation between the countries’ leaders after a border war and 20 years of bitter relations.

Abiy Ahmed, Ethiopia’s 41-year-old prime minister, and Isaias Afwerki, the 71-year-old president of Eritrea, have promised to reopen embassies and resume trade, flights and direct phone lines between the countries

Some analysts have compared the events to fall of the Berlin Wall because families that were separated on either side of the border are finally able to reconnect.