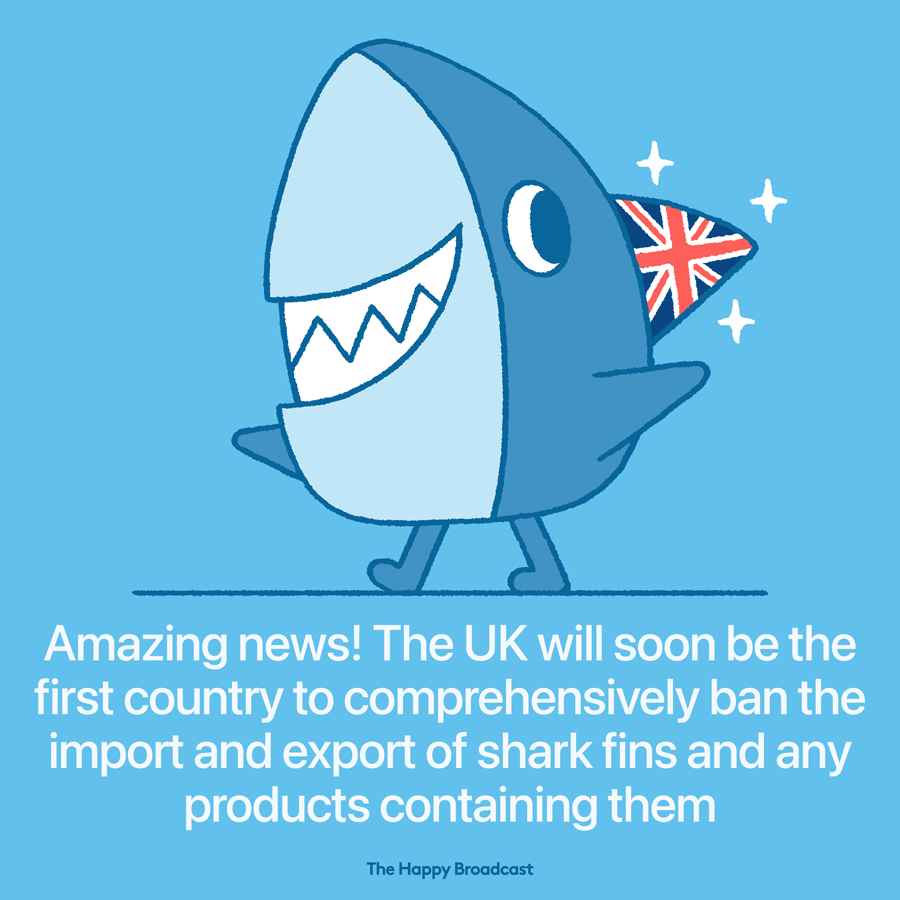 The practice of finning is banned in the EU, but that doesn’t stop fins being chopped off in waters around the world, processed in the Far East and then being brought to Britain – helping an industry that kills at least 75 million sharks a year.

Sharks are a keystone species, making them absolutely essential for the continued health of their ecosystems and the marine environment in general.

Campaigners have welcomed the UK’s formal announcement that from next year it will become the first European nation to ban the import and export of shark fins and any products containing them, including shark fin soup.

Finning involves the removal of fins, sometimes while still alive. Frequently, fishers discard the rest of the shark. It’s cruel, wasteful, and incredibly bad for the environment.

The UK banned shark finning in its waters back in 2013, but conspicuous defects in the legislation left room for the shark fin trade to continue. Existing restrictions are comparable to bans on the production of foie gras, veal, and fur that also fail to address continuing international trade.

“Shark finning is indescribably cruel and causes thousands of sharks to die terrible deaths,” says animal welfare minister Lord Goldsmith. “Our action will not only help boost shark numbers, it will send a clear message that we do not support an industry that is forcing many species to the brink of extinction.”