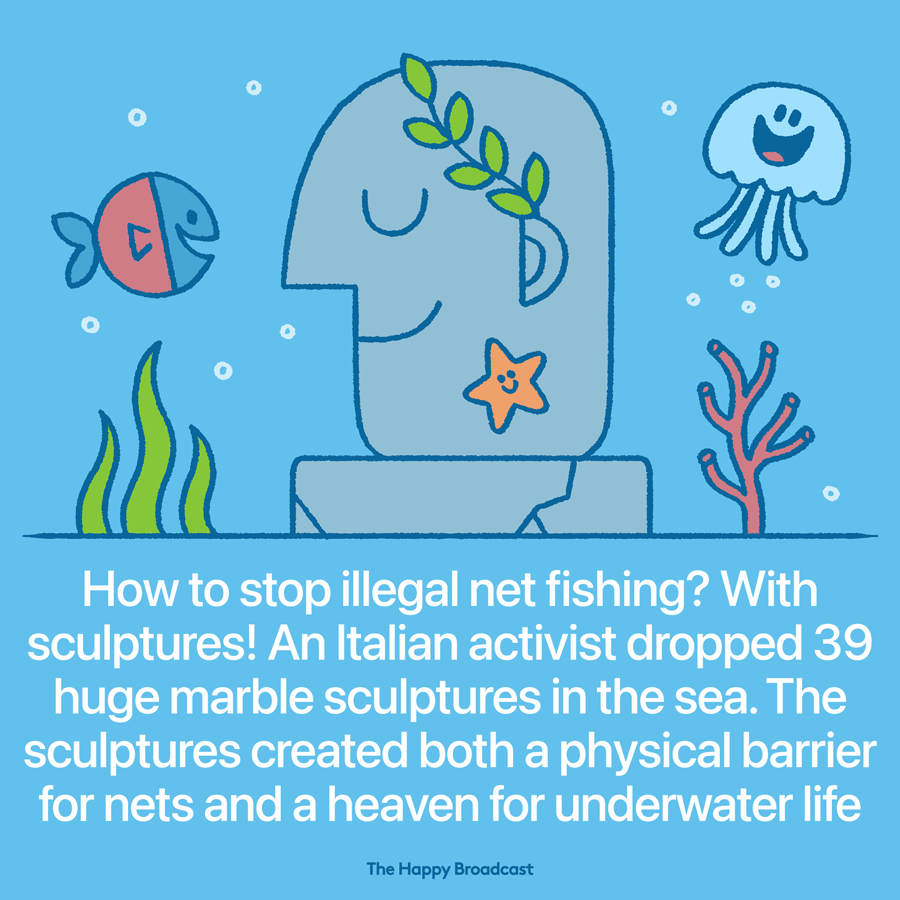 Paolo Fanciulli became a fisherman in the Tuscan village of Talamone at 13 and still plies the waters at the age of 60 in his small boat, the Sirena.

But in the past decade, his job has become harder, as trawling near the coast has been destroying the marine ecosystem.  While Italian law bans trawling within three nautical miles of the coast, it’s so profitable that it’s not uncommon for boats to carry on illegally at night. Some employ lookouts to warn against the coast guard, or use devices to shield their GPS signal.

He asked a quarry in nearby Carrara if they could donate two marble blocks that he could use to make sculptures. “They donated 100 instead.” Via word of mouth, contributions from tourists and online crowdfunding, Fanciulli persuaded artists including Giorgio Butini, Massimo Lippi, Beverly Pepper and Emily Young to carve sculptures from the marble. Then he took them out to sea and lowered them in.

The underwater sculptures create both a physical barrier for nets and a unique underwater museum. Whereas 10 years ago the Posidonia was disappearing, Dr Gioia Benedettini, sea manager of Arpat, the local environmental agency, says it is now growing back.

The statues also deserve credit for helping to preserve the local fishing industry, she says: they “protect the fish resources because the nursery areas of various commercial fish species are located below the coast”.

Marine life of all kinds appears to be returning. Algae covers the statues, and lobsters have taken up residence nearby. Talamone is a turtle recovery centre – part of the Tartalife project – and more turtles have been seen, as have dolphins.