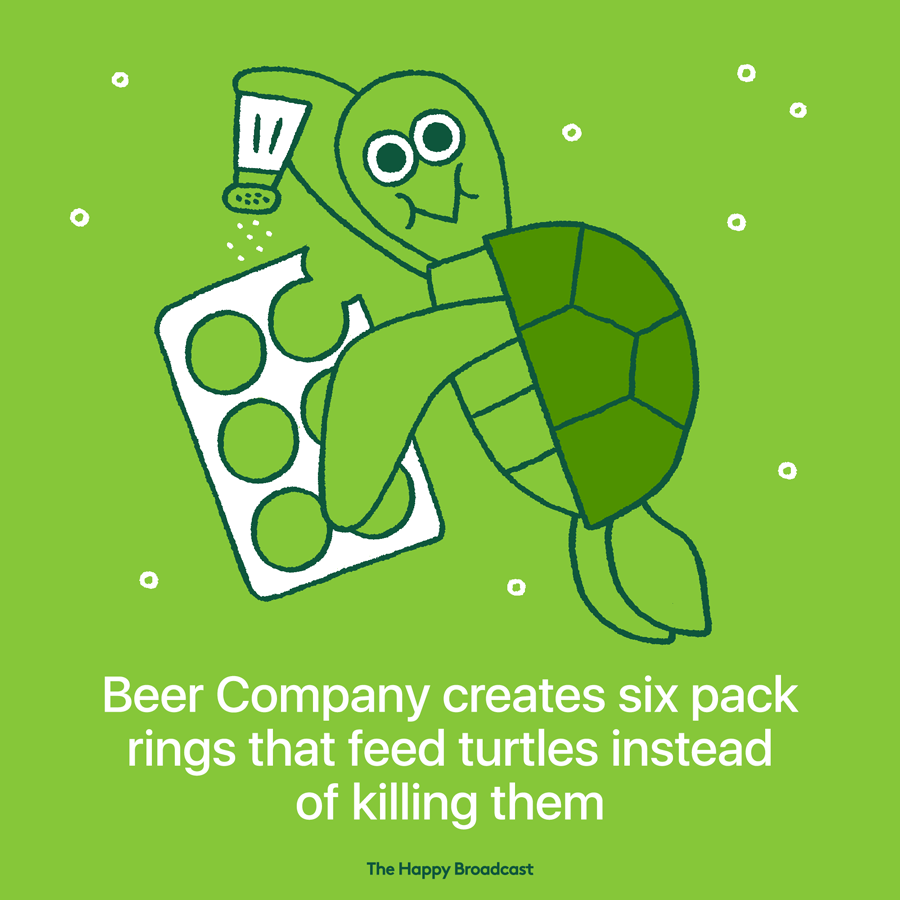 We know that the plastic rings that hold six packs of cans together can often cause serious harm to marine animals, ending up around their necks and heads.

A craft beer company has brewed up a brilliant idea: Saltwater Brewery in Delray Beach, Florida, has created edible six-pack rings that feed, rather than kill, marine life if the rings end up in the ocean and an animal happens to eat it. The rings are created from beer by-products during the brewing process such as barley and wheat and are completely safe for humans and fish to eat.

For now they’re only used by Saltwater Brewery rather than any major brands, but the craft beer spot hopes that other companies will jump on their creation and start using it for their products, too.