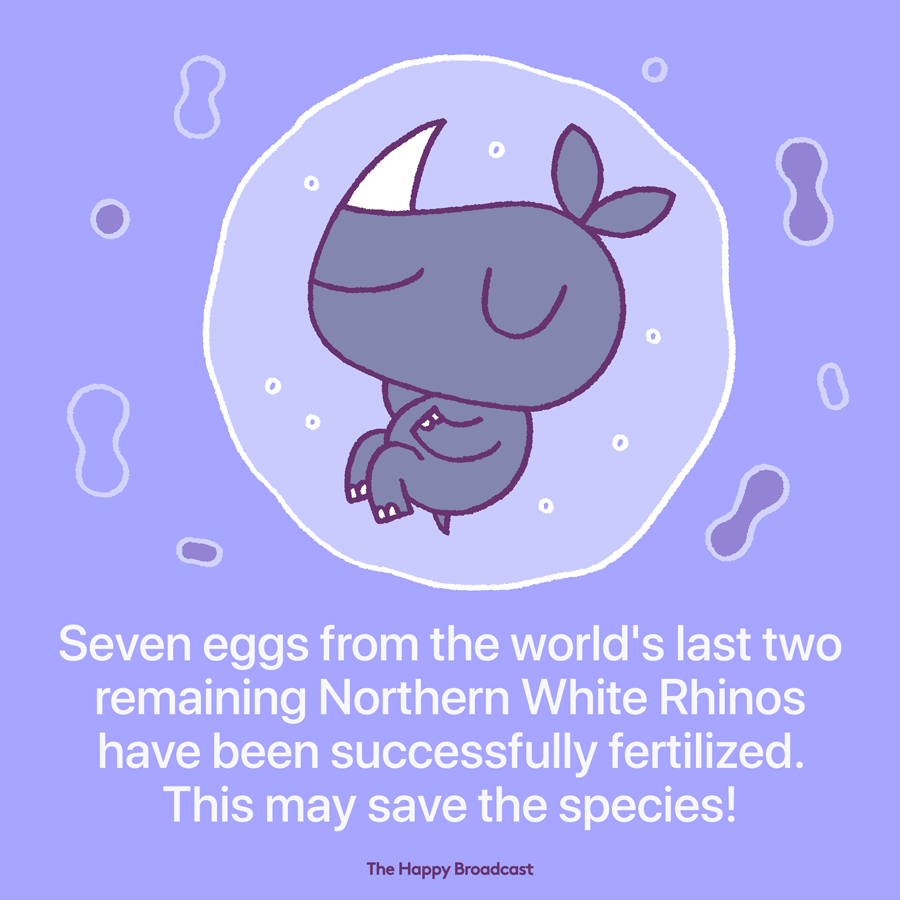 We’re a step closer to save White Rhinos from extinction!

The scientists said in a statement they had harvested 10 eggs from Najin and Fatu and that seven of those had been successfully matured and artificially inseminated.