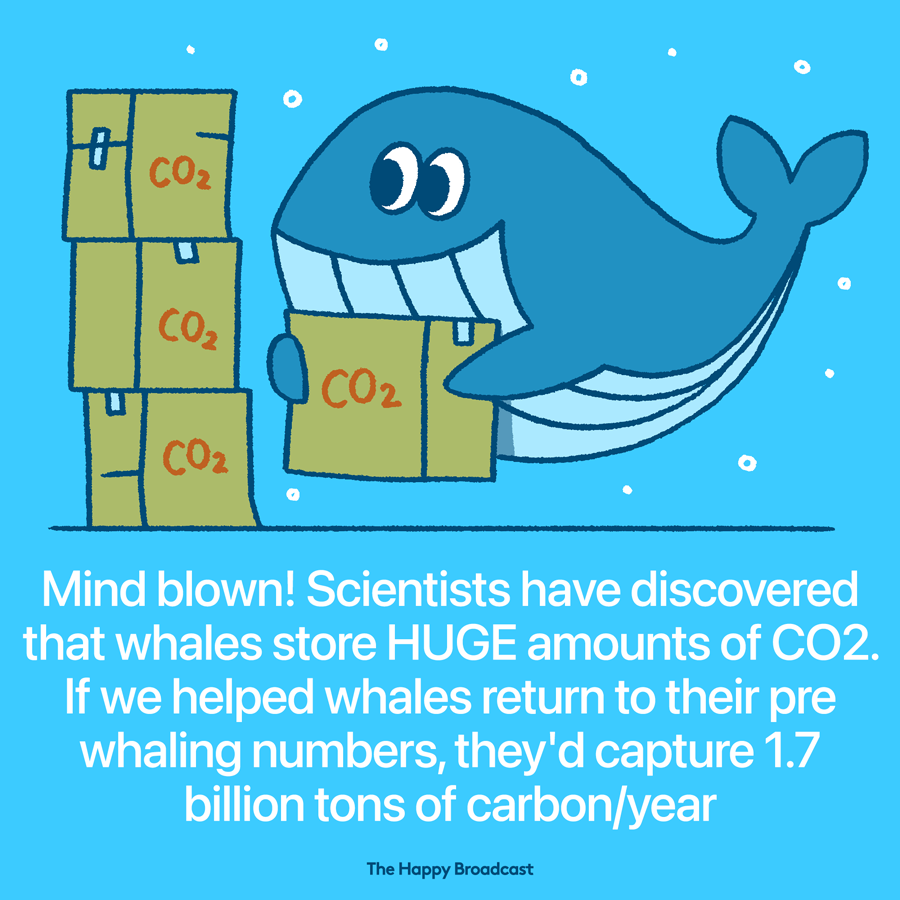 Scientific research now indicates more clearly than ever that our carbon footprint—the release of carbon dioxide (CO2) into the atmosphere where it contributes to global warming through the so-called greenhouse effect—now threatens our ecosystems and our way of life.

What if there were a low-tech solution to this problem that not only is effective and economical, but also has a successful funding model?

When it comes to saving the planet, one whale is worth thousands of trees. Marine biologists have recently discovered that whales—especially the great whales—play a significant role in capturing carbon from the atmosphere.

The carbon capture potential of whales is truly startling. Whales accumulate carbon in their bodies during their long lives. When they die, they sink to the bottom of the ocean; each great whale sequesters 33 tons of CO2 on average, taking that carbon out of the atmosphere for centuries. A tree, meanwhile, absorbs only up to 48 pounds of CO2 a year.

Also, wherever whales, the largest living things on earth, are found, so are populations of some of the smallest, phytoplankton. These microscopic creatures not only contribute at least 50 percent of all oxygen to our atmosphere, they do so by capturing about 37 billion metric tons of CO2, an estimated 40 percent of all CO2 produced.

Protecting whales could add significantly to carbon capture or (1.7 billion tons of carbon/year) because the current population of the largest great whales is only a small fraction of what it once was!