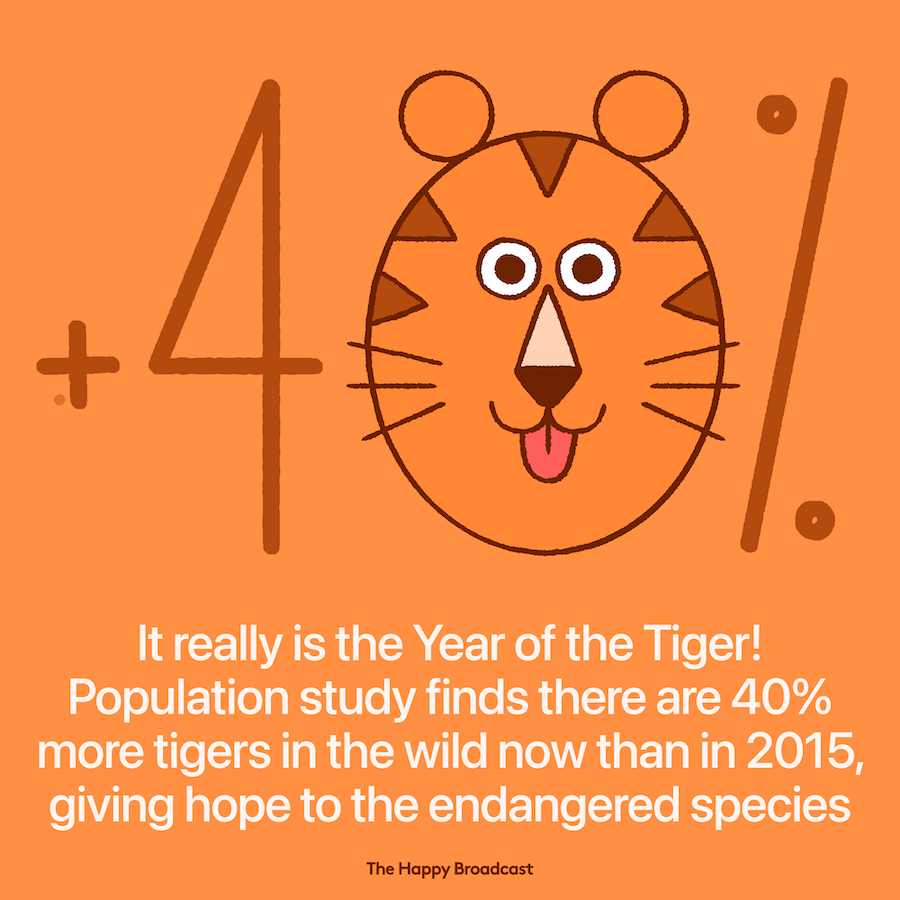 The news came in an update announced last Thursday to the International Union for Conservation of Nature’s (IUCN) Red List of Threatened Species. While tigers (Panthera tigris) are still considered Endangered, there are 40 percent more of them than was indicated by the last population assessment in 2015.

The new IUCN assessment determined that there are now between 3,726 and 5,578 tigers (not including cubs) roaming their range that includes East Asia, Southeast Asia and South Asia, an uptick attributed to more effective monitoring. In fact, the IUCN called it the “first reasonably rigorous estimate of global Tiger numbers, based largely on capture-recapture and occupancy methodologies.”